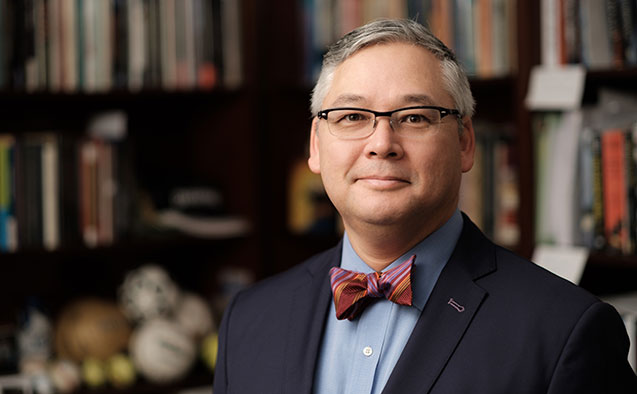 Americans who are more involved in religious congregations are less likely to own handguns, according to a new study by Wake Forest University sociologist David Yamane.

“Involvement in organized religion tends to reduce gun ownership,” said Yamane, whose study appears in the Journal for the Scientific Study of Religion. “This may be because people with stronger ties to religious groups have higher levels of trust in institutions and in their communities.”

This finding may surprise some who hold the common view that religion and gun ownership go hand-in-hand, particularly in the Bible Belt and among Evangelical Protestants.

“It is true that gun ownership is more common among rural residents and Southerners,” Yamane explained. “But in terms of religion, Evangelical Protestants are no more likely to own handguns than Black Protestants, Catholics, Jews, or religious nones, all other things being equal.”

Using General Social Survey data from 2006 to 2014, Yamane has pulled apart some of the intertwining threads of religion and gun ownership to get a clearer picture of how various aspects of religiosity connect with gun ownership differently. He considered factors such as attendance at religious services and views of the Bible. In the study sample, the percentages of Muslims, Hindus, and Buddhists represented were too small to make direct comparisons with the larger religious traditions in the United States.

“Religion does matter to gun ownership, but not in any one simplistic way,” Yamane said. “My research demonstrates that the connection between gun ownership and religion is different depending on whether you are talking about religious behaving, belonging, or believing.”

For example, those who are more involved in congregations are less likely to own handguns, but those with conservative theological beliefs are more likely to do so, “perhaps as a form of protection against a fundamentally sinful world,” he said.

“It is tempting for groups on both sides of the great gun debates in the United States to co-opt ‘religion’ for their side. But neither side has a monopoly on people of faith in America. That is a very important story this study tells,” Yamane said.