Want to win at sports? Take a cue from these mighty mice 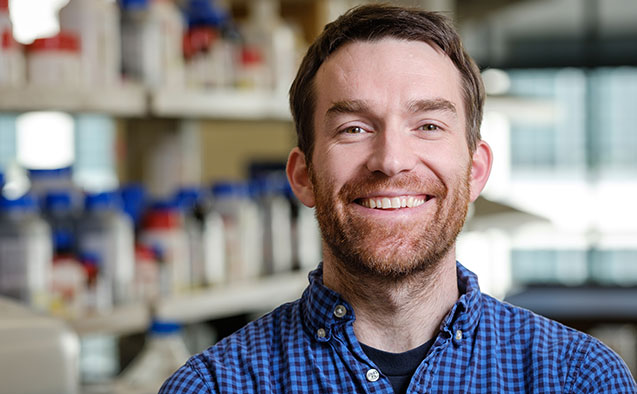 As student athletes hit training fields this summer to gain the competitive edge, a new study shows how the experiences of a tiny mouse can put them on the path to winning.

Scientists examined how surges of testosterone both before and after aggressive encounters led the male California mouse to win in future matches.

“Every time you experience a competitive situation, hormones such as testosterone are released to help you win, and they change your brain to get ready for what comes next,” said Matthew Fuxjager, an assistant professor of biology at Wake Forest University.

Fuxjager, lead author of the study, has conducted research for about a decade about California mice and how testosterone influences their ability to win. The paper, “What can animal research tell us about the link between androgens and social competition in humans?,” appears in the June 2017 issue of Hormones and Behavior, the peer-reviewed journal of the Society for Behavioral Neuroendocrinology.

He published his first paper on the subject, “The ‘home advantage’ is necessary for a full winner effect and changes in post-encounter testosterone,” in 2009 in the journal Hormones and Behavior.

For the 2017 paper, Fuxjager and colleagues Brian Trainor of the University of California-Davis and Catherine Marler of the University of Wisconsin-Madison reviewed studies focused mainly on male California mice (Peromyscus californicus) to prove that such research provides an excellent window into exactly how androgenic hormones such as testosterone influence aggression and, by extension, lead to winning competitions.

Consider the boxing world, in which training often involves pitting an up-and-coming fighter against a series of lesser opponents to build up a run of wins. In California mice, researchers have found that post-win pulses of testosterone increase aggression and likelihood to win in future encounters.

They call this phenomenon the “winner effect.”

“There’s this idea that winning begets winning,” Fuxjager said. “Accruing these experiences can increase your chances of winning. In terms of training, you want to have a taste of victory. I’ve talked to a lot of sports trainers over the years, and they relate to what we have been seeing in California mice.”

But just because trainers have seen that winning effect in their athletes, they didn’t know why it happens or even how to best replicate the experience. Research on California mice shows that winning changes the way the brain detects androgens such as testosterone in future encounters. Testosterone fuels competitiveness and can raise confidence.

Researchers have focused on California mice because they are extremely territorial, strictly monogamous and co-parent with their mate, so they closely reflect aspects of human behavior. The study of the link between baseline testosterone levels and aggression has been inconsistent in humans, so the California mouse provides a good model for understanding why the body and the brain react to testosterone in certain ways.

“Through the California mouse work, we have shown that aggression is not just about testosterone, it’s about where it acts in the body and the brain,” Fuxjager said. “Your baseline level of testosterone isn’t always going to predict how you’re going to behave – it depends on what’s going on in the brain with androgen receptors.”

Scientists have found evidence of this across species, according to Fuxjager’s latest study:

This study was funded through grants from the National Science Foundation and the National Institutes of Health.

As a next step in this line of research, Fuxjager is studying woodpeckers to determine how the winner effect plays out in an animal’s natural environment.