On April 17, students will explore long-lasting implications of the 1918 flu pandemic

On April 17, students will explore long-lasting implications of the 1918 flu pandemic

Wake Forest students participating in next week’s “Dining Dilemmas” have a healthy appetite for exploring bioethics and building community.

Each semester, Dining Dilemmas events encourage students to discuss medical ethics in facilitated group discussions over a meal while they engage across class years, academic majors and career interests.

On Tuesday, April 17 from 6-8 p.m., students will gather to discuss “Going Viral: 1918 Flu Pandemic in Winston Salem and Beyond” at Reynolda House Museum of American Art.

Pat Lord is a virologist and co-creator of Dining Dilemmas

Then, at individual tables, student leaders will guide discussions about access to healthcare then and now; the deadliness of the 1918 flu; recreation of the virus; and the ethics of quarantine.

Between 50 and 75 students are expected to attend the event, which is sponsored by the Center for Bioethics, Health and Society and Department of Biology. Media are invited to cover the event.

Popular with students pursuing a wide range of majors, and especially those considering careers in healthcare, previous Dining Dilemmas discussion topics have ranged from health insurance and virtual healthcare to patient rights and informed consent. 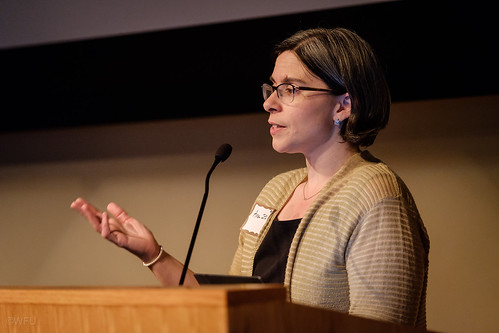 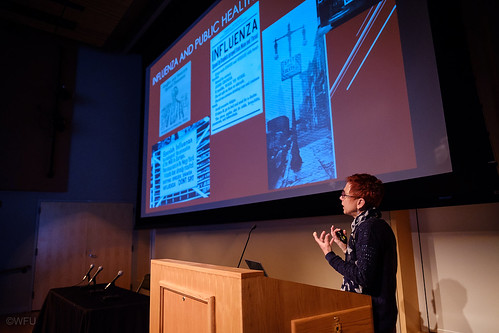 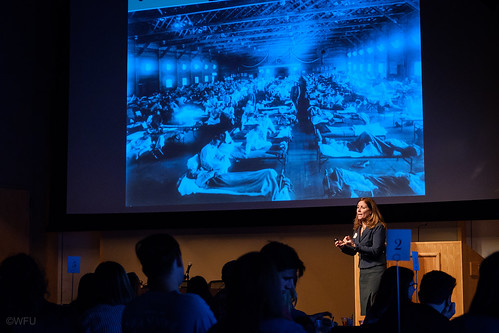 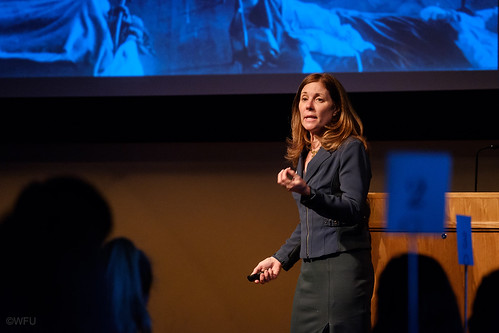 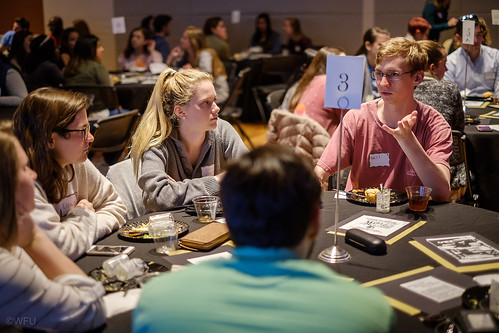 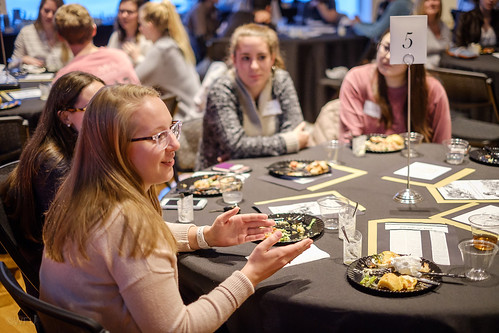 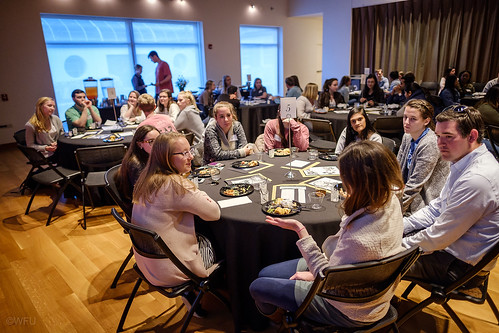 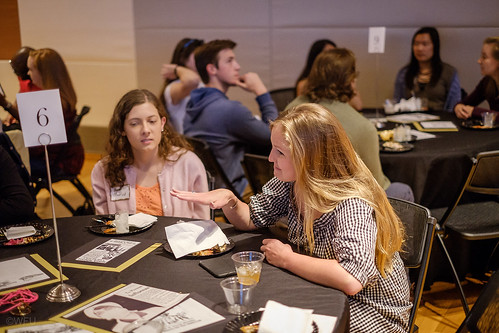 A timely topic with a lasting impact

A model for M.D. candidates

“Being part of Dining Dilemmas was what motivated me to start a chapter of the Latino Medical Student Association (LMSA) at the University of South Carolina School of Medicine Greenville. Dining Dilemmas created an environment where students could discuss the complexity of our current healthcare system. LMSA runs similar to Dining Dilemmas: we pick a healthcare topic, specifically one that affects minorities in Greenville County, and discuss ethical and medical barriers to solving the problem. Currently, we are discussing and doing research on how the current political climate has affected the access and use of the Greenville Hospital system by Latino patients.” – Jesus Avila Vega (’14) 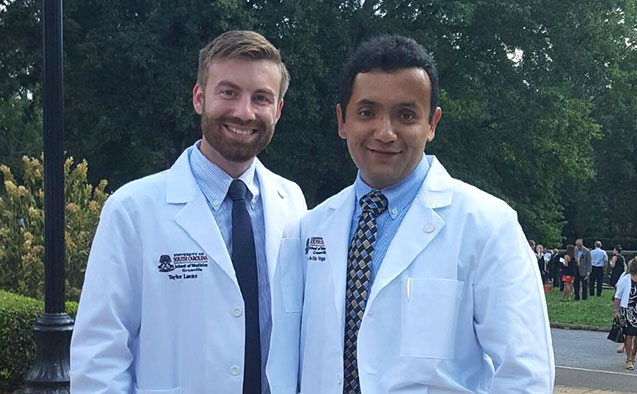 Lord, a virologist and co-creator of Dining Dilemmas, said the 1918 flu pandemic’s centennial makes the topic timely, while Reynolda House offers a historically rich setting. Students will be invited to tour the Reynolds family home, built in 1917, before the event begins.

As Michele Gillespie, Dean of the College and Presidential Endowed Professor of Southern History, wrote in her book “Katharine and R.J. Reynolds: Partners of Fortune in the Making of the New South,” that the so-called “Spanish flu” hit close to home for the Reynolds family.

“When Katharine’s daughter Nancy became ill, she sent for Jessie Hill, R.J.R.’s nurse in Philadelphia. Miss Hill arrived by train, eager to take on her new position, but fell fatally ill almost immediately, a victim of the flu herself,” Gillespie wrote. Nancy’s oral history indicated that both she and her brother Dick had the flu and later recovered.

“Experts thought the flu was caused by bacteria back then,” Lord said, pointing to just how little was understood about the virus 100 years ago. Ethical implications later arose when scientists reconstructed the 1918 strain and published the results in 2005.

“When you sequence a genome, you’re obligated to put it in GenBank,” Lord said, referring to the NIH database which includes an annotated collection of all publicly available sequences. “The 1918 sequence is now publicly available. Should it be? This is something students will discuss.”

“The 1918 flu pandemic brings up a lot of ethical questions, such as, ‘How could someone use that against us?’ or ‘Could we use that against other people?’ And with any pandemic, you have to think about other factors, such as access to healthcare, food and water.” Ali Eakes, senior religion major

While Eakes and fellow steering committee member Annika Dirkse both plan to attend medical school this fall, they emphasized that all students are welcome at Dining Dilemmas – not just those on a pre-health track. Eakes was invited by a senior religion major when she was a first-year student.

Dirkse, who has also attended Dining Dilemmas since her freshman year, said the event typically draws a diverse group of students.

“I was really impressed by variety of people who showed up and different perspectives they offered on the particular ethical dilemma we were discussing at that time.” Annika Dirkse, a senior chemistry major

Dirkse found Dining Dilemmas to be useful in the medical school application process. “These conversations present a different side of medicine. In healthcare, people are becoming more aware of the humanities side of medicine, including bioethics.” 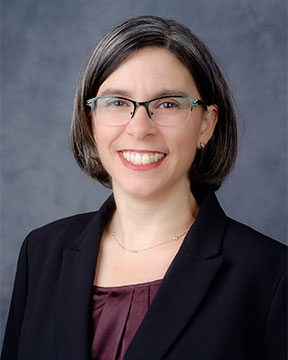 “There are some medical schools that have an interview format where applicants are interviewed on the spot about an ethical issue. Schools are now concerned about what kind of people are they admitting – not just ‘Can you do science?’ but ‘What kind of person are you?’ It’s part character evaluation,” said Ana Iltis, director of the Center for Bioethics, Health and Society, professor of philosophy and co-creator of Dining Dilemmas.

“Talking about medical ethics issues, hearing differing views and being challenged in a safe environment enables students to model these behaviors later on. It’s engaged liberal arts at its best. ” Ana Iltis, director, Center for Bioethics, Health and Society

Answering the Call to Conversation 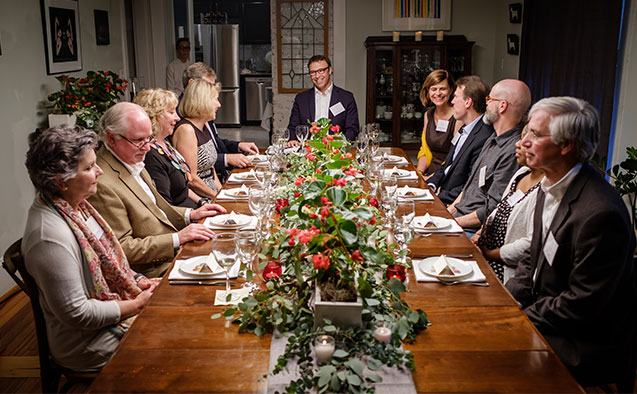 Since 2012, Dining Dilemmas have served as an important way to build community. That’s especially true during this academic year, which Provost Rogan Kersh deemed the year of “Rethinking Community.”