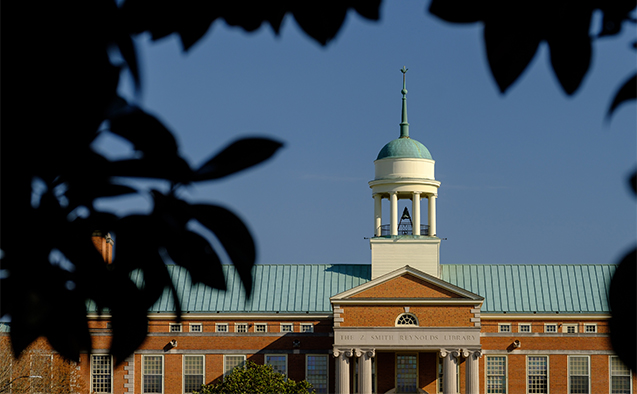 A $10 million gift from an anonymous donor will enable first-generation students in Wake Forest University’s Magnolia Scholars program to substantially reduce their debt.

In doing so, this gift will enable Magnolia Scholars to experience college with fewer financial worries and consider opportunities they might not have otherwise.

Starting this fall, the endowed gift will provide an additional $4,000 annual award to each of the 120 scholars in this year’s program and for all Magnolia Scholars who follow in perpetuity. The funds will substantially reduce or eliminate the amount of the students’ need-based debt – which varies, based on family need – by supplementing other scholarships and grants these scholars may receive.

“Education offers countless paths to explore, many never before imagined, but under financial pressure, students may limit their choices. With this leadership gift, our Magnolia Scholars will receive extra financial support so they can focus on taking full advantage of their education.” Nathan O. Hatch, Wake Forest president

An initial pilot grant from the same donor provided Magnolia Scholars additional financial support over the past four years. Each of the 30 Magnolia Scholars in the class of 2018 had their four-years of undergraduate debt reduced by $16,000.

Reducing debt for this group of recipients allowed students to weigh opportunities and make decisions they might once have considered out of their financial reach – decisions that affected not only their college experience but also their lives for years to come. What happened when the debt burden was reduced for students in this pilot cohort helped inspire the donor to expand these opportunities for generations of Magnolia Scholars:

“For class of 2018 Magnolia Scholars, their desires to dig in, branch out and pursue the work they most wanted to do after graduating was no different than other first-generation Magnolia Scholars,” said Nate French, Magnolia Scholar Program Director. “What was different was that there was financial support available to these graduating students to make their ideas and dreams possible.”

Magnolia Scholars funds “paid for a lot of my experiences at Wake Forest,” said Natalie Casimir (’18). “I was able to take extra steps out of Wake Forest and build myself as a world-class citizen rather than just another college student trying to get by and finish.” 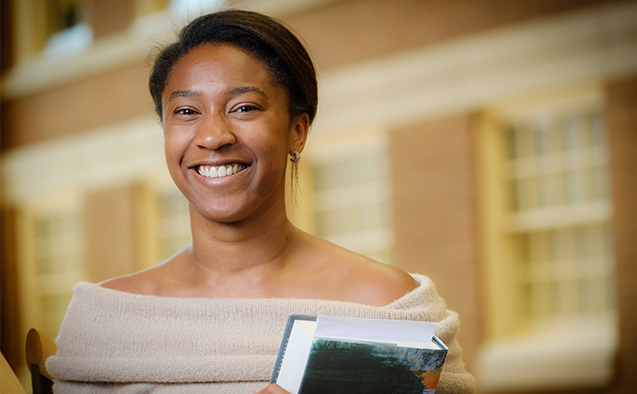 Casimir’s college experience included a trip to Rwanda where she taught English to children and mentored an older group of adults. She also studied for a summer in South Africa. In addition to her study abroad and service work, Casimir majored in English and Spanish, joined the corporate management training program at Food Lion, and landed a full-time corporate job with the company after graduating.

The Magnolia Scholars program for first-generation students goes beyond a traditional scholarship — inviting the students into a specialized program with community, accountability and targeted mentoring. First-generation college students accepted to Wake Forest are considered for the program based on student essays, recommendations and interviews. Those selected have strong academic preparation and are highly motivated. They come from many backgrounds and places.

For Zachary Triplett (’18), having extra financial support enabled him to participate in an internship that led him to his work with the FBI. 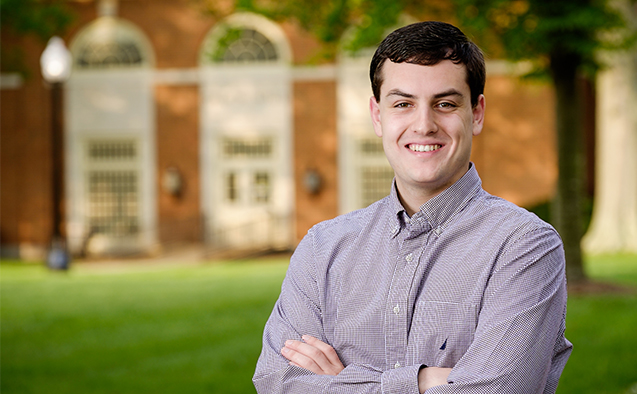 “That I was able to pursue a full-time internship with the FBI the summer between my junior and senior years was critical in enabling me to fulfill a lifelong dream in securing a job with the Bureau after graduation,” said Triplett.

“Because financial support was available through the Magnolia Scholars Program, I was able to take on summer work that helped propel me into the career I always wanted.” Zachary Triplett (’18)

Including this Magnolia Scholars gift, the amount of money raised for scholarships and student financial support through the Wake Will Lead capital campaign is more than $300 million. More than a third of the $850 million raised to date supports student scholarships. The University aims to raise $1 billion by 2020.