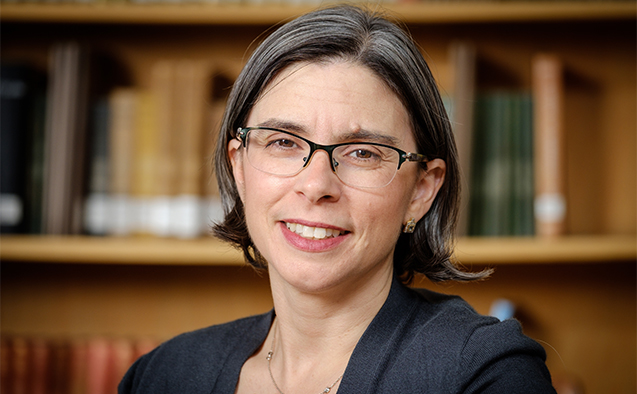 The people who could benefit most from the newest antidepressant therapies – those at risk for suicide – are most often excluded from the clinical trials that test those drugs for safety and efficacy, according to new research published Feb. 4 in the Journal of Clinical Psychiatry.

This group also stands to suffer the most harm from being prescribed medications that have not been tested on people who report having suicidal thoughts.

“There are medications that are used in those populations, and physicians don’t know if they’re safe and effective,” said Wake Forest bioethics professor Ana Iltis, principal investigator for “Suicidality, Depression, and the FDA: Health Inequities and the Ethical Conduct of Research.”

“We’ve put a lot of confidence in the fact that a drug has been approved. But it’s much more complicated than that.” Ana Iltis

It’s a matter of health equity, said Iltis, director of Wake Forest’s Center for Bioethics, Health and Society and professor of philosophy. Excluding people at risk for suicide from these clinical trials leaves them to be treated with potentially inadequate or unproven interventions.

The research team looked at inclusion and exclusion criteria in clinical trials for 14 antidepressants approved by the U.S. Food and Drug Administration from 1991-2013, including drugs going by the brand names Zoloft, Paxil, Celexa, Lexapro and Cymbalta. The researchers looked at the FDA labels, publications described on the labels and the ClinicalTrials.gov entries for registered trials.

Of 64 clinical trials reviewed, the researchers found only one that expressly included a participant at risk for suicide.

Iltis understands why scientists directing clinical trial hesitate to include this group – no one wants a study participant to die while testing a drug. But she said there are institutions that have successfully included people at risk for suicide in drug trials by putting in place adequate safety measures.

In the study, Iltis and her co-authors propose the following:

This study arose from a request by co-author Riyan Deria, now a junior at Wake Forest, to do research on health equity. Co-author William V. McCall of the Medical College of Georgia at Augusta University is a former Wake Forest colleague of Iltis.