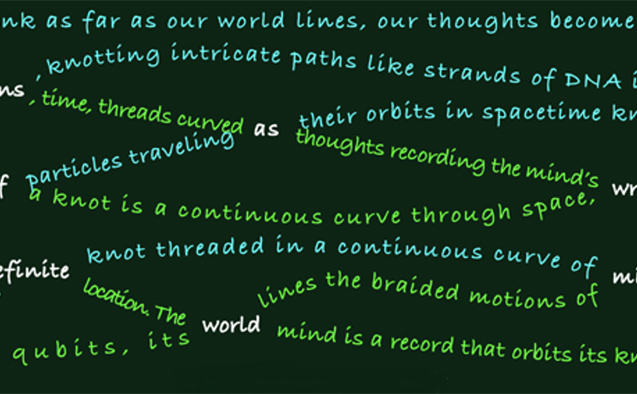 “To think like a poet, you have to follow your curiosities,” Wake Forest English professor and poet-in-residence Amy Catanzano tells her students.

Catanzano, whose interest in physics inspires her poetry, has been featured in the online magazine Symmetry, which describes itself as the place where readers can “get the latest news, meet people behind the scenes, and get the background information you need to gain fluency in the language of particle physics.” 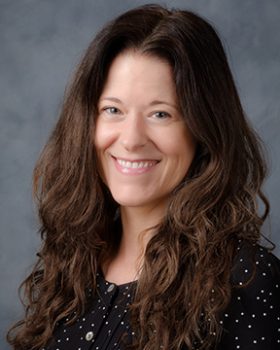 Catanzano began bringing science into her poetry after exploring poetry as a ‘philosophical investigation,’ a step that she says drew her into thinking about how poems negotiate time. That brought her to physics.

Following her curiosity, she connected with Wake Forest physics faculty to exchange ideas about poetry and science. Though she took only one physics class in high school, she reads extensively and widely about physics. Catanzano has travelled the world conducting research for her work, including visits to the Dark Energy Survey (DES) at the Cerro Tololo Inter-American Observatory in Chile, the Green Bank Telescope in West Virginia and CERN.

This is not the first time Catanzano’s work has been featured in the news. In 2018, “World Lines: A Quantum Supercomputer Poem,” was featured in Physics magazine in the article “Poetry Takes on Quantum Physics.” The poem translates the quantum theory behind a topological quantum computer in both its word choices and its visual structure, a practice Catanzano calls quantum poetics.

Another article about the poem, “Artist Explains Quantum Physics Through Poetry,” appeared in The Next Web.

Last year, Catanzano convened a conference on the Intersections of Poetry, Science, and the Arts. The event brought together poets, scholars, scientists and artists from all over the world to Wake Forest for three days of programming and performances.

Articles on Catanzano’s poems have been shared widely on social media by a range of individuals and institutions including scientists; physics departments at colleges and universities; writers and poets; and literary portals such as Poetry Daily.