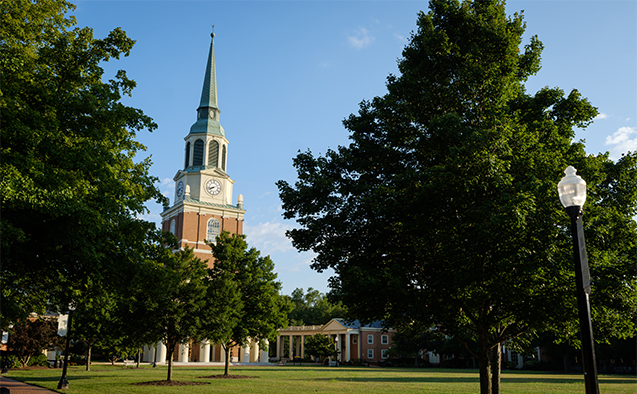 After more than two months of combing through 2,000 pages of new regulations to ensure they’re compliant with the U.S. Department of Education while maintaining the safety and wellbeing of the campus as their highest priority, Wake Forest University’s Title IX 2020 Implementation Task Force has announced new policy changes.

Since early June, Task Force members have met weekly to hammer out key points, keeping student and employee safety at the forefront of their discussions. Likewise, various subcommittees have worked to fine tune and recommend new policies.

Although Wake Forest has updated its Title IX policies, Task Force members will continue meeting until they’re confident they have implemented policies that uphold the standards of equity, fairness, access, safety and respect for all at Wake Forest University.

“It has been a challenge to perform this critical work when most students and many faculty have been away from campus and we’ve all been working remotely,” said Vice President for Campus Life Penny Rue, who co-chairs the Task Force with Associate Provost for Academic Initiatives Kami Chavis. “Despite these obstacles, I’ve been heartened by the engagement of Task Force members and our dedicated Student Advisory team. Their input has been essential to our work.” 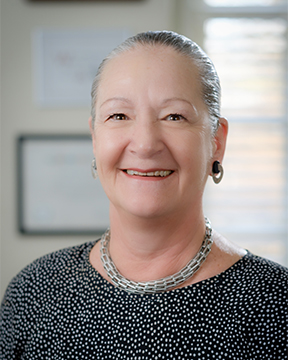 Rue, Chavis and Interim Title IX Coordinator Tonya Deem sent a letter campus wide on May 13 announcing the new Title IX Regulations. It said in part, “the most important thing to know is that the safety and wellbeing of our campus community will always be our highest priority.”

Their letter was followed by one from Wake Forest University President Nathan O. Hatch, in which he noted that as chair of the National Association of Student Personnel Administrators (NASPA), Rue has testified before Congress about Title IX legislation and has significant expertise in the matter.

“As you know, Wake Forest is an institution charged with educating leaders of character,” Hatch’s letter read. “Part of leadership is adhering to a higher standard, recognizing and being driven by a moral code, exhibiting an ethical responsibility toward others and being held to account. Our commitment to this kind of character education has not and will not waiver.”

Although not required by the government, the University also assembled a Student Advisory Group during the summer to help spread the word about the policy changes, assist with gathering student feedback and make recommendations to the Title IX Task Force.

The new federal regulations are the first regulatory revisions in 45 years to the federal gender-equity law and increase protections for accused students and employees while limiting the scope of complaints colleges and universities are required to investigate. Among the most notable changes, institutions must now hold live hearings and allow cross-examination when deciding sexual-misconduct complaints.

For example, if an alleged assault occurs off campus, that would not have to be investigated by the University under the new Title IX regulations. However, if a complaint is made of an alleged off-campus assault, the University will have a process by which to address it.

“We were fortunate to have a representative group of stakeholders who engaged in robust conversations about these important issues,” Chavis said. “While August 14 was the federal government deadline, we know that our work to educate our community and prevent sexual assault will continue.”

Compliance with the new regulations is requiring Wake Forest and other institutions across the country to amend institutional policies related to sex discrimination and sexual harassment, including sexual assault, stalking and dating violence. Wake Forest will continue fine tuning policy changes and will inform its campus community of those changes through a website,social media platforms, campus newsletters and other messaging.

According to the U.S. Department of Education’s website, for the first time in history, “Title IX regulations define sexual harassment, including sexual assault, as unlawful sex discrimination.” Moreover, according to the website, “the new Title IX regulations hold schools accountable for failure to respond equitably and promptly to sexual misconduct incidents and ensure a more reliable adjudication process that is fair to all students.”