Gun ownership is rising: Here’s why 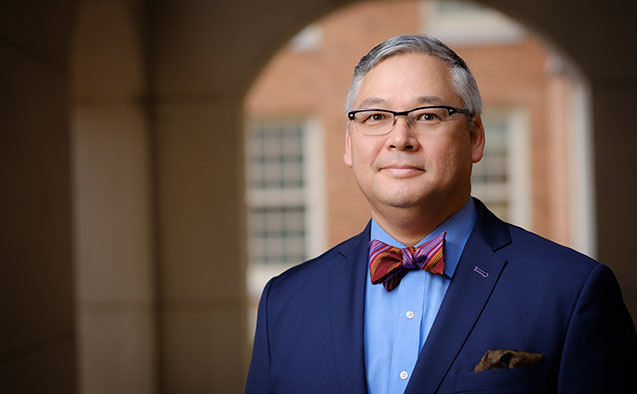 Sociology professor David Yamane is unique among social scientists in understanding American gun culture on its own terms, from the inside out, especially the normality of gun ownership and use for individuals with diverse religious, racial, gender, and sexual identities.

Yamane is the author of “Concealed Carry Revolution: Liberalizing the Right to Bear Arms in America.” He is completing a book about American gun culture and runs the “Gun Culture 2.0” and “Gun Curious” blogs.

David Yamane: Expert in the News

“The connection between gun ownership and religion is different depending on whether you are talking about religious behaving, belonging or believing.” FiveThirtyEight – “God And Guns”

“In American society…guns are associated with protection. You don’t have control over these events going on around you, but at root, you can at least feel like you’re doing something to protect yourself.” The Washington Post – “America on Edge”

“The less trust one has in the government, the more likely they are to take to protecting themselves – and that applies across the ideological spectrum.” Deseret News –“Is there a connection between faith and firearms?”

Why are people buying more guns?

Over the past half-century, the center of gravity of America’s historic gun culture has evolved from hunting and recreational shooting to armed self-defense. This can be seen in the liberalization of concealed carry laws, the changes in gun advertisements, and in the many new products and services offered to satisfy the self-defense market.

What makes your research on guns unique?

I have spent more than 10 years studying guns in America. I’m able to speak to individuals and organizations across the spectrum of opinions on guns. My work begins with the foundational premise that guns are normal and normal people use guns. This is a dramatic departure from standard social scientific approaches that view gun owners as deviant and focus exclusively on negative outcomes associated with guns such as crime, injury and death.

A 2020 Gallup poll showed increasing division on gun regulation. Is this surprising?

In today’s polarized world, we often reduce the population to “gun nuts” on the one side and “gun grabbers” on the other. But about a third of all Americans fall in between these two poles. They do not currently own guns, but do not rule out owning guns in the future. Nearly four million people, who I categorize as ‘gun curious’ Americans, joined the ranks of gun owners during the Great Gun Buying Spree of 2020. Unlike statistically average gun owners, new gun owners are more diverse in terms of race, gender identity, sexuality and politics.

How do the negative outcomes of gun ownership compare to the number of guns in homes?