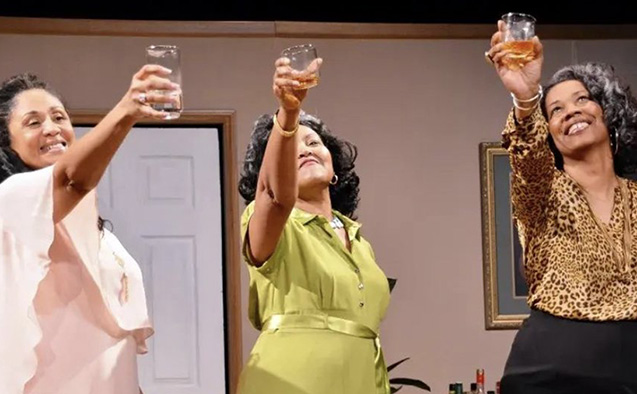 2022 National Black Theatre Festival wraps up as ‘awesome’ event
By Fran Daniel, John Hinton | Winston-Salem Journal
Over the six-day event, festivalgoers got to experience about 130 theatrical performances, as well as workshops, films, spoken word poetry, an international vendors market, tours and more. The 2022 attendance is not yet available. In a typical year, between 30,000 and 50,000 people attend the event. Performances were held at Wake Forest University and Reynolda House. – 8/06/2022

College essay prompts get absurd. ‘So Where Is Waldo, Really?’
By Isabelle Sarraf | The Wall Street Journal
Essays might now carry more weight in the increasingly competitive admissions process since about 72% of schools have already made college entrance exams optional next year, a shift away from standardized tests that accelerated during the pandemic. One of Wake Forest’s questions asks students to give a top 10 list with the theme of their choice. – 8/02/2022

Searching for support
By Maura Keller | Cancer Wellness
Being diagnosed with cancer and undergoing treatment can create a sense of vulnerability, anxiety, sadness and uncertainty,” said counseling professor Allison Forti. “This is hard for anyone, but for men socialized to avoid seeking help or raised in a culture that taught them the expression of pain is a sign of weakness, it can be especially isolating. These men are seeking empathy and understanding from someone who knows what it’s like to be the husband, father [or] son.” – 8/04/2022

Could the UK legislate for a right to a healthy environment?
By Isabella Kaminski | The ENDS Report
In an unprecedented move last month, the UN voted in favor of a motion declaring that a healthy environment was a human right. John Knox, a Wake Forest international law professor and expert on human rights, comments in this piece. – 8/04/2022

2022 Spring Guide To The Best Business Master’s Experiences
By John Byrne, Tori Leonhardt | Poets & Quants
Wake Forest School of Business is featured in this guide with a spotlight on its MS in business analytics. – 8/05/2022

State fines Winston Weaver Company for improperly storing ammonium nitrate
By April Laissle | WFDD-FM (Winston-Salem, NC)
Stan Meiburg, a former acting deputy administrator for the EPA who now works at Wake Forest, said properly treating containers is critical to preventing an accident. “The problem with ammonium nitrate is it’s an oxidizer. And you create fires when you supply it with a fuel. Wood is a perfect example of what can be a fuel for an oxidizer like ammonium nitrate.” – 8/02/2022

Winston-Salem fertilizer plant improperly stored explosive material
By John Deem | Greensboro News & Record
“It sounds like the Department of Labor is doing its job,” said Stan Meiburg, who now leads Wake Forest’s graduate program in sustainability. “If the ammonium nitrate was stored in a way that would create risks to its employees — or first responders, as happened in West, Texas — that would be cause for enforcement action independent of the environmental consequences of the fire.” – 8/02/2022

Report takes aim at EPA, WFU, and local officials over Weaver fire response
WFDD-FM (Winston-Salem, NC)
Stan Meiburg, a former EPA official who now works for Wake Forest, said incidents like this point out the importance of emergency response planning. “There’s probably opportunities to improve communication between the immediate emergency management officials and the fire department and the local, and state, and federal air quality information and to get a consistent message out to the public, and I’m sure that is something that will be looked at in any after-action reviews of this incident.” – 8/05/2022

9th Wonder to teach the culture and history of hip-hop at Wake Forest University
By David Ford | WFDD-FM (Winston-Salem, NC)
9th Wonder spoke with WFDD’s David Ford about the major early influences in life and his lifelong connection with the Tar Heel state. He addressed character, the importance of peers and the power of hip hop. Patrick Douthit (9th Wonder), a Grammy Award-winning producer, DJ, lecturer and Winston-Salem native, will teach the history and culture of hip hop at Wake Forest this fall. – 8/05/2022

State political leaders called out for logjam on Medicaid expansion
By Richard Craver | Winston-Salem Journal
The recent Berger comments calling out NCHA opposition to HB149 has placed hospitals “in a defensive posture,” said politics professor John Dinan. “They have been portrayed by some officials as a key obstacle to Medicaid expansion, on account of their opposition to a number of non-Medicaid policy changes that are currently included in the Senate’s main Medicaid expansion bill.” – 8/06/2022

Lam Museum of Anthropology embraces international student realities
By Dalia Razo | Yes! Weekly
A student exhibit, Guī Shù Gǎn: Between Belonging and Isolation in the WFU Chinese Community, was curated by now WFU alumni, Hex Li, who graduated this past spring with a major in sociology and minor in art and anthropology. Li wanted to emphasize that international Chinese students experience isolation when studying abroad, becoming particularly sensitive to ideas of invisibility and connection following the pandemic. Currently, about 10% of the WFU student population is made up of international students. – 8/04/2022

Wake Forest Baptist Church on university campus folding after 66 years
By John Deem | Winston-Salem Journal
Wake Forest University and the Baptist Convention agreed to sever ties in 1986. Bill Leonard, founding dean and professor of divinity emeritus at the Wake Forest School of Divinity, said that split led to a decline in the number of Baptist students and faculty members at the University, which resulted in the gradual shrinking of the congregation. “It’s a grand legacy that the church has had at Wake Forest,” Leonard said of the church’s 66 years in Winston-Salem. “It touched the lives of so many people, students and faculty in particular over the years, and shaped those individuals profoundly.” – 8/07/2022