What’s ahead for the British monarchy? 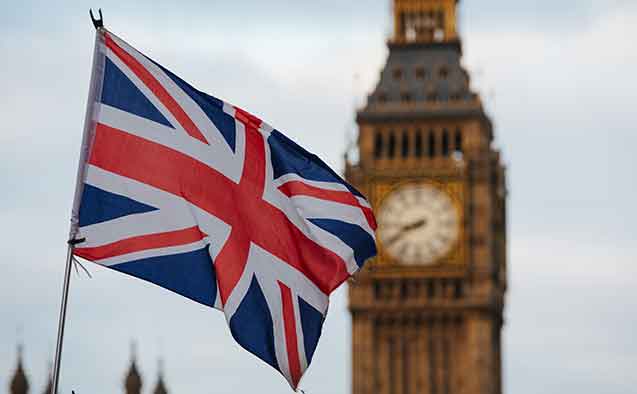 Queen Elizabeth II was a symbol of national unity and purpose, said Worrell Professor of Politics and International Studies Mark Vail, and one that will be difficult to replace. Vail, an expert on British political economy and political and economic history, explains the challenges facing the British monarchy, why Americans should care about the monarchy, and how the monarchy influences international relations. He studies Britain’s social and economic policy, its financial systems, and its relations with the European Union. He has published several articles on Britain in scholarly journals including the Journal of the Common Market Studies and British Politics. His most recent book, Liberalism in Illiberal States, was published by Oxford University Press in 2018. His broader expertise includes European politics and comparative political economy.

What are the most important challenges facing Charles III?

Charles III is coming to the throne at a time of crisis (inflation and the energy crisis, the crumbling legitimacy of the British political class, social unrest, etc.) that is in some ways similar to that faced by his grandfather George VI, who reigned in the latter part of the Depression and throughout WWII.  And, he is doing so at a moment when the prestige and legitimacy of the monarch itself is at low ebb (at least in the modern era), as a result of the scandals that have plagued the royal family, particularly over the past five years, but really since the death of Princess Diana in 1997. So, Charles will face the challenge of re-establishing some durable sense of national unity even as he is forced to shore up the shaky foundations of the monarchy itself.

Why should Americans care about the British monarchy?

Americans should care about the British monarchy, not only because of our long and deep historical relationship with Britain (what has traditionally been called a “special relationship”), but also because the monarchy reflects a model of national identity and common purpose that rises above partisan politics, something sorely lacking in the contemporary U.S. (as well as elsewhere). It’s also important, I think, because it acts as a symbol of the potential gains from engagement with the rest of the world. Since Elizabeth helped create the Commonwealth as the Empire crumbled, she helped to change a horrible colonial legacy into something more constructive. However one feels about monarchy as an institution, it’s worth noting that Britons across the ideological spectrum mourn her death, which is experienced as a real loss. This offers lessons to our own country, which is riven with partisanship and political acrimony and has lost much of its sense of shared identity.

What is the impact of the monarchy on international relations?

Even though the monarch does and should not get directly involved in day-to-day policy decisions (that’s not her/his role as head of state), he or she does set the tone of Britain’s posture relative to the rest of the world.  The monarch is important for international politics, as he or she allows for a sense of national community and purpose that rises above specific policy conflicts and helps to foster an image of national unity and continuity, as well as a sense of unity in relations with other countries. Even those who are not monarchists–and there is a growing number of republicans in the UK–often identify with this role, which is served in non-monarchies by other figures, such as the German President. This is a role that we don’t really have here in the U.S. The president is invariably a partisan figure, and has been so arguably for decades.

How will the monarchy of Charles III deal with the negative legacies of Brexit, and how can or will the monarchy act to foster the development of a new, and more constructive Britain outside of the European Union?

Brexit was an “own goal,” as British soccer (i.e., “football”) fans might employ the term–that is to say, it was a sloppy and unnecessary act that hurt its own team. Both the exit from the EU and the chaotic way in which that divorce was undertaken by the UK have resulted in long-term political and economic costs that many of its advocates failed to foresee. Charles III will face a deeply divided country suffering from economic decline and deepening cynicism about politics. Continuing his mother’s legacy as a figure of national unity and shared identity won’t solve these problems, but it could create the space for constructive dialogue about how to begin addressing them.

More on Vail’s research, publication, and teaching can be found here.