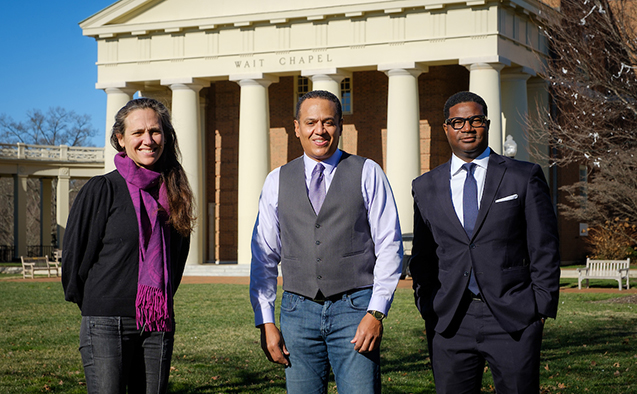 The project, “Finding Holy Ground: Performing Visions of Race and Justice in America,” is funded by a $250,000 grant received by Wake Forest from the Henry Luce Foundation and is a collaboration between Wake Forest University School of Divinity, NC Black Rep and Wake the Arts.

Both playwrights will receive a $10,000 commission, developmental workshops and fully staged productions of their plays. 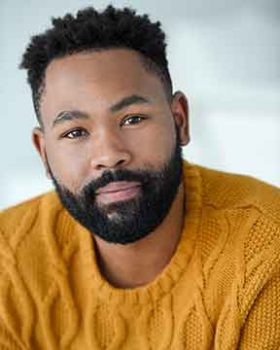 Johnson, who grew up in Jacksonville, Florida, has been creating art in Minneapolis–Saint Paul since relocating there in 2011. He has been seen onstage at The Guthrie Theater, Cincinnati Playhouse in the Park, The Jungle Theater and many more.

“In my art, I uplift communities while emphasizing what still must be done to ensure that every person is given space to be their full selves without fear of disownment or exile. I am honored to receive resources to produce my play for Finding Holy Ground. My goal is that the work will serve as a full-bodied examination of both the beauty and pain that exist side by side within the walls of the Church,” Johnson said. 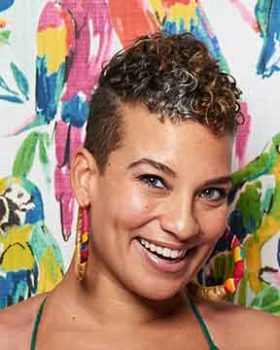 Wardally is an award-winning Grenadian Italian American playwright and screenwriter who was born in New York and raised near Little Italy in Manhattan. Her passion is telling stories about the underrepresented and bringing visibility to those overlooked. She writes about loneliness, national and family secrets, sometimes telling stories with a dark comedic twist. She received her MFA from Fordham as part of its inaugural Playwriting class.

“I am so grateful for the opportunity to write a piece that will create conversation within the community,” she said. “Art has the power to wield change. With my play, “I Am…A Shepherdess,” I seek to explore how sometimes the biggest deterrent in our quest for freedom in all facets, can be ourselves.”

Plays were selected based on their ability to encourage community conversations on race, justice and religion in the U.S. Playwrights submitted ideas for works that addressed topics such as homophobia, racism, white supremacy and social inequities in America.

The plays will be staged in Wait Chapel during the 2024 National Black Theatre Festival in Winston-Salem. Community events will be held to promote discussions and reflection.