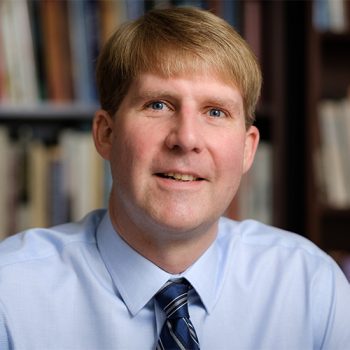 John Dinan, author of “State Constitutional Politics: Governing by Amendment in the American States,” can comment on mid-term elections and the state constitutional amendments appearing on the ballot. From voter identification to redistricting, Dinan can place particular amendments in nationwide and historical perspective. Based on his research, he can also address the arguments and issues… Read More »

John Dinan, author of “State Constitutional Politics: Governing by Amendment in the American States,” can comment on mid-term elections and the state constitutional amendments appearing on the ballot. From voter identification to redistricting, Dinan can place particular amendments in nationwide and historical perspective. Based on his research, he can also address the arguments and issues that routinely surface in campaigns supporting and opposing various amendments.

He is also prepared to comment on federal and state policies in areas ranging from the Affordable Care Act to legislative redistricting to voter-registration rules. Dinan closely follows U.S. and North Carolina political races, including gubernatorial and congressional races.

Dinan teaches courses on campaigns and elections, state politics and congress and policymaking. He frequently provides commentary for news outlets across the country and his research was cited by the U.S. Supreme Court in Arizona State Legislature v. Arizona Independent Redistricting Commission (2015). He is also the author of “The American State Constitutional Tradition” and an annual review of state constitutional developments in the 50 states, as well as numerous articles on state and federal politics.

In North Carolina, legal actions could have a big impact in the upcoming 2020 election

Following a swell in early voting in 2018, state Republicans in North Carolina lost their veto-proof majorities in the House and the Senate. Many of these fights can be traced down to the competitive nature of the state, according to John Dinan, a professor in American politics at Wake Forest University in Winston Salem, North Carolina.

If Justin Fairfax Is Forced Out in Virginia, Who's Next in Line?

In the case of the governor, there are two possible paths for removal: He could be impeached for “malfeasance in office, corruption, neglect of duty, or other high crime or misdemeanor,” according to the Virginia Constitution. Or he could be removed in the event that he is physically or mentally unfit for office, according to John Dinan, a professor of politics at Wake Forest University who wrote a book on the Virginia Constitution.

Sorting through the mess in Virginia

The succession process for the lieutenant governorship gets complicated. If Fairfax either becomes governor or resigns, he will vacate his current office and the state Senate president pro tem, Republican Steve Newman, would be empowered to “discharge the duties” of the lieutenant governorship, said John Dinan, a Wake Forest professor and expert on state constitutions.

Gov. Ralph Northam's political career is suddenly shaky. Here's what could happen next.

But John Dinan of Wake Forest University, author of “The Virginia State Constitution,” points out that the constitution “makes clear that impeachment is limited to cases where an official has offended ‘against the Commonwealth by malfeasance in office, corruption, neglect of duty, or other high crimes or misdemeanor.’ ” Northam’s past behavior seems unlikely to meet such a standard.

Do the challenges to North Carolina’s constitutional amendments have a chance?

“The people are seen as the ultimate interpreters of state constitutions and in a way judges are hesitant to challenge,” says Wake Forest University professor John Dinan, a state Constitution expert, told the editorial board Monday.

That leaves ancillary issues like ballot language, and if that seems like a bit of a Hail Mary, well, yes. “State courts have generally set a very high bar for challengers seeking removal of amendments from the ballot,” says Dinan, “especially when considering claims that ballot language crafted by legislators is inaccurate.”

There are exceptions, including a Florida circuit court judge ruling just last week that an anti-dog-racing amendment should be removed from the ballot because of inaccurate language. But the hurdle for challengers is higher in North Carolina than in most states, Dinan says, thanks to our constitution explicitly saying that the legislature is responsible for determining how and when amendments are presented on the ballot. Other states give legislators less discretion on ballot language — and in many other areas.

As for the NAACP/Clean Air Carolina contention that Republican lawmakers have no standing to pass the proposed amendments because of a gerrymandering case pending in the courts, Dinan and others say that’s likely to be treated less seriously by the courts.