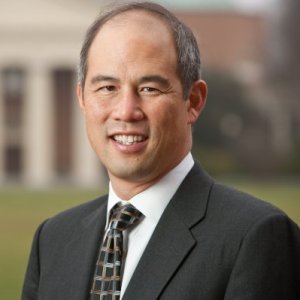 In a competitive and dynamic employment market, is there a way to help college students develop the flexibility and nimbleness needed for success in the workforce? Andy Chan says yes. An advocate for liberal arts education, Chan can comment on how broad exposure to a wide range of disciplines in a liberal arts curriculum helps develop the critical thinking skills and entrepreneurial mindset that are key to success in today’s rapidly Read More »

In a competitive and dynamic employment market, is there a way to help college students develop the flexibility and nimbleness needed for success in the workforce? Andy Chan says yes. An advocate for liberal arts education, Chan can comment on how broad exposure to a wide range of disciplines in a liberal arts curriculum helps develop the critical thinking skills and entrepreneurial mindset that are key to success in today’s rapidly changing world. Under Chan’s leadership, Wake Forest has become the national model for creating a college-to-career community designed to prepare students to live lives that matter, not just secure a first job after graduation. He can discuss how employees’ contributions in today’s corporate culture differ from those of the 20th Century and the top skills employers are seeking in both established businesses and start-ups. In addition to building transformational opportunities in career development and nurturing higher education cultures to embrace entrepreneurial, innovative thinking, Chan has expertise in the fundraising it takes to make change possible.

The Gallup-Purdue Index Report 2016 found that one in six U.S. college graduates say career services at their institution were very helpful – the same number that said they were not helpful at all. Reporters at the Wall Street Journal, Inside Higher Ed and The Hechinger Report featured insights from Andy Chan, Wake Forest University's Vice President for Innovation and Career Development because Wake Forest has been a national pace-setter for the college-to-career transition.

Rock music played as the students entered the school’s chapel, and then Andy Chan, vice president in charge of the Office of Personal and Career Development — the O.P.C.D., it is called — introduced his team with a video spoof of the television show “The Office.” The students played a game in which they could guess, by text, which majors had been chosen by various gainfully employed alumni of the school. (Human-capital analyst at Deloitte? And the answer is . . . German!) And a panel of students shared their own glamorous work experiences: a fellowship in Paris, an internship at a start-up...

An upgrade in services also reflects the changing nature of the workplace, says Andy Chan, who heads career programming at Wake Forest University, in Winston-Salem, N.C., one of the earliest adopters of a more career-focused campus. Unlike earlier generations, young professionals today are likely to switch jobs multiple times, he says. "It's imperative for universities to help equip young people with the tools and the mindset of, 'How am I going to be employable over my lifetime?'"

"I think that there is a tension on the surface that having programs like these may make colleges be perceived as not doing their full job. I think that's fair -- that tension does exist," said Andy Chan, vice president for personal and career development at Wake Forest University, who has criticized the traditional model of career services. "But at the same time ... for so many of these liberal arts schools, the professional development skills that these programs offer may not be offered at their particular schools, and I think that's just sort of a reality."

Starting college? Here’s how to graduate with a job

Andy Chan is the vice president for personal and career development at Wake Forest University in North Carolina and a pioneer in a new wave of thinking about college career counseling. His approach focuses less on steering students to jobs and more for preparing them for what employers will need. “I teach students not to think about industries first,” Chan says. “I teach them to think about skills and functions.”

Internship to full-time hire is a growing trend