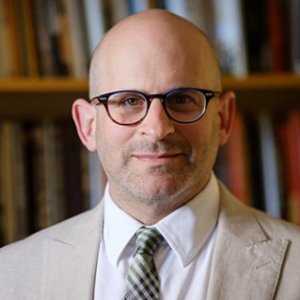 A leading scholar of Jewish history, Barry Trachtenberg can comment on the Holocaust and the Israeli-Palestinian conflict, as well as a range of other issues facing Jews around the world. For more than 20 years, his research and teaching have focused on the complexities of and controversies in American Jewish history; the Holocaust; Zionism, Israel and Palestine; and modern Yiddish culture. In his forthcoming book, "The United States and the Nazi Read More »

A leading scholar of Jewish history, Barry Trachtenberg can comment on the Holocaust and the Israeli-Palestinian conflict, as well as a range of other issues facing Jews around the world. For more than 20 years, his research and teaching have focused on the complexities of and controversies in American Jewish history; the Holocaust; Zionism, Israel and Palestine; and modern Yiddish culture. In his forthcoming book, "The United States and the Nazi Holocaust: Race, Refuge, and Remembrance" (Feb. 2018), Trachtenberg demonstrates that the United States’ response to the rise of Nazism, the refugee crisis it provoked, the Holocaust itself, and its aftermath were — and remain to this day — intricately linked to the ever-shifting racial, economic, and social status of American Jewry. He is also currently writing a book "'Bible for the New Age': The Nazi Holocaust and the Exile of Yiddish," which considers the shifting agenda of Yiddish-language research and the ways that the Nazi Holocaust shaped Jewish historians’ understanding of their task.

Expanding the definition of anti-semitism hurts Jews: Testimony before the House Judiciary Committee

"It is increasingly common to hear reports that a “new anti-Semitism” threatens to endanger Jews on a scale not seen since the second World War and the Holocaust. Studies from several major Jewish organizations have sounded the alarm that anti-Semitism is a 'clear and present danger,' while a number of commentators have argued that yet another “war against the Jews” is upon us," said Trachtenberg.

Lisa Blee and Barry Trachtenberg: Another take on the monuments issue

The aftermath of extreme acts of public violence are frequently occasions for mourning, protest, debate and reflection. But they can also be opportunities to transform how we remember the past. Now, in the days since the so-called “Unite the Right” gathering in Charlottesville in which torch-bearing marchers carried Nazi and Confederate flags, chanted “You/Jews will not replace us,” and beat protesters — murdering one — while “defending” a statue of Robert E. Lee, we once again are in the midst of an intense public controversy over the appropriateness of public monuments to the Confederacy. As we grieve over the death of Heather Heyer and seek ways to thwart the rise of neo-fascists and white supremacists, we should also consider other recent examples of public violence and their connection to the monuments in our public spaces.

“‘As even the youngest schoolchildren know, African-American slaves ... were brought as captives to the United States for forced labor,’ Trachtenberg said. He added that Carson’s comments about slavery were an “bewildering and outrageous attempt” to rewrite history. ‘To recast slaves as ‘immigrants’ permits the United States to avoid taking moral, legal and economic responsibility for the crime of slavery and its consequences.’”

Did U.S. Anti-Immigrant Hysteria Doom the Passengers on the ‘St. Louis’? It’s Complicated.

“The journey of the MS St. Louis lasted only a period of a few weeks, and yet for many, it has come to symbolize American indifference to the desperation of German Jews seeking safety from Nazi oppression. According to the standard telling, a ship of German Jewish refugees arrived in the United States after being denied entry to Cuba, its initial destination. Rather than allow the passengers to enter the country and find safety from Nazi persecution, President Franklin D. Roosevelt cruelly turned the ship away. Out of options, the St. Louis returned to Europe and soon thereafter, its passengers, abandoned to their fate, died in the Holocaust. This account, with occasional variations, is frequently evoked in discussions of how the United States responded to the Nazi Holocaust.”

“Historians thus find ourselves increasingly in a curious position. Our rapidly expanding knowledge of this event is regularly challenging our assumptions and redefining our understanding of the Holocaust. So too, however, is the public's desire to memorialize and commemorate it. Given that it is the task of educators to prepare our students to be active citizens and participants in society, we much teach them the skills to assess critically — rather than reinforce — the received wisdom of others. With this in mind, I hope that our growing efforts to memorialize the Holocaust can also become opportunities to further historical inquiry.”

Expert available on the U.S. role in the Holocaust

The University of Vermont: M.A., History