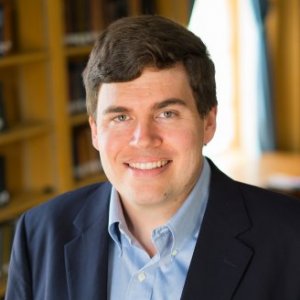 A. C. Reid Professor of Philosophy

Miller is an expert on the study of character and ethics.

Christian Miller, an expert on the study of character and ethics, examines whether character traits such as courage, compassion, and honesty really exist and play a role in human behavior. He also explores how to develop and improve a virtuous character and overcome character flaws, as well as what it means to be a person of good character (honest, compassionate, etc.) in the first place. Miller directed The Character Project, a Read More »

Christian Miller, an expert on the study of character and ethics, examines whether character traits such as courage, compassion, and honesty really exist and play a role in human behavior. He also explores how to develop and improve a virtuous character and overcome character flaws, as well as what it means to be a person of good character (honest, compassionate, etc.) in the first place. Miller directed The Character Project, a five-year study of the existence and nature of character funded by $5.6 million in grants from the John Templeton Foundation and the Templeton World Charity Foundation (www.thecharacterproject.com). As part of the project, researchers studied what leads people to act in moral and immoral ways as well as what virtues and moral character people should strive to cultivate. Miller’s research areas include ethics, moral psychology, moral character, and philosophy of religion, and his work has appeared in over 70 leading academic journals and edited collections in philosophy. He is the editor of the Continuum Companion to Ethics, Character: New Directions in Philosophy, Psychology, and Theology, Moral Psychology, Volume V: Virtue and Happiness, and Essays in the Philosophy of Religion, and is the book review editor of the Journal of Moral Philosophy. Miller is the author of three books, including Character and Moral Psychology, which presents a new framework for thinking about character and virtue. He is the past president of the North Carolina Philosophical Society, and currently the philosophy director of the Beacon Project (www.moralbeacons.org), which received a $4 million grant from Templeton Religion Trust to study the morally exceptional. Additionally, Miller has a research emphasis in the philosophy of religion, with a focus on the relationship between God and morality, religious ethics, and the harms and benefits of religious belief.

Episode 41, Christian B. Miller and 'The Character Gap' (Part I)

"Here is the predicament that most of us seem to be in. We are not virtuous people. We simply do not have characters that are good enough to qualify as honest, compassionate, wise, courageous and the like. We are not vicious people either – dishonest, callous, foolish cowardly, and so forth. Rather, we have a mixed character with some good sides and some bad sides."

We’re not as ‘good’ as we think we are

Most of us would like to think we’re decent, good people. Psychological studies, however, reveal that we’re really a mixed bag. Wake Forest philosophy professor Christian Miller joins guest host Lauren Silverman to talk about how we can recognize our flaws and address them. He writes about the idea in “The Character Gap: How Good Are We?” (Oxford University Press).

Can your character peak?

Character, like integrity, is a word we toss around without a second thought. But when asked, we often struggle to define it. Christian Miller, a professor of philosophy and the director of the Character Project at Wake Forest University, defines someone’s character as their collection of moral traits (moral character). According to Miller, moral character traits fall into two broad categories: moral virtues and moral vices. Honesty and humility are examples of virtues; cruelty and cowardice demonstrate vices. “Virtues are acquired excellences,” Miller says. “We are not born with them, but it is possible to develop them slowly over time.”

A personal religious experience often drives people to worship. “A lot of people claim to have had a moment of access to a divine being,” a feeling that God is holding them or comforting them or similarly is present with them on a personal level, says Christian Miller, who teaches philosophy of religion at Wake Forest University in Winston-Salem, N.C. “It can lead the person to respond by practicing religion.”...

Answering "Why be Good?" for a three-year-old

Philosopher Christian Miller talks about psychological studies that indicate that we have mixed characters. We're neither purely compassionate nor purely selfish, and we tend to act more generously in particular contexts. If we feel especially happy, unhappy, or guilty; we are more likely to act altruistically...