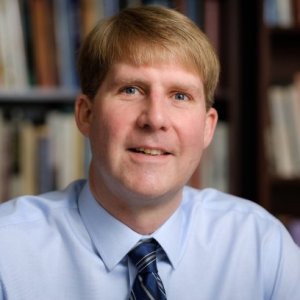 John Dinan, author of "State Constitutional Politics: Governing by Amendment in the American States," can comment on mid-term elections and the state constitutional amendments appearing on the ballot. From voter identification to redistricting, Dinan can place particular amendments in nationwide and historical perspective. Based on his research, he can also address the arguments and issues that routinely surface in campaigns supporting and opposing various amendments. He is also prepared Read More »

John Dinan, author of "State Constitutional Politics: Governing by Amendment in the American States," can comment on mid-term elections and the state constitutional amendments appearing on the ballot. From voter identification to redistricting, Dinan can place particular amendments in nationwide and historical perspective. Based on his research, he can also address the arguments and issues that routinely surface in campaigns supporting and opposing various amendments. He is also prepared to comment on federal and state policies in areas ranging from the Affordable Care Act to legislative redistricting to voter-registration rules. Dinan closely follows U.S. and North Carolina political races, including gubernatorial and congressional races. Dinan teaches courses on campaigns and elections, state politics and congress and policymaking. He frequently provides commentary for news outlets across the country and his research was cited by the U.S. Supreme Court in Arizona State Legislature v. Arizona Independent Redistricting Commission (2015). He is also the author of "The American State Constitutional Tradition" and an annual review of state constitutional developments in the 50 states, as well as numerous articles on state and federal politics.

In North Carolina, legal actions could have a big impact in the upcoming 2020 election

Following a swell in early voting in 2018, state Republicans in North Carolina lost their veto-proof majorities in the House and the Senate. Many of these fights can be traced down to the competitive nature of the state, according to John Dinan, a professor in American politics at Wake Forest University in Winston Salem, North Carolina.

If Justin Fairfax Is Forced Out in Virginia, Who's Next in Line?

In the case of the governor, there are two possible paths for removal: He could be impeached for “malfeasance in office, corruption, neglect of duty, or other high crime or misdemeanor,” according to the Virginia Constitution. Or he could be removed in the event that he is physically or mentally unfit for office, according to John Dinan, a professor of politics at Wake Forest University who wrote a book on the Virginia Constitution.

Sorting through the mess in Virginia

The succession process for the lieutenant governorship gets complicated. If Fairfax either becomes governor or resigns, he will vacate his current office and the state Senate president pro tem, Republican Steve Newman, would be empowered to “discharge the duties” of the lieutenant governorship, said John Dinan, a Wake Forest professor and expert on state constitutions.

Gov. Ralph Northam's political career is suddenly shaky. Here's what could happen next.

But John Dinan of Wake Forest University, author of “The Virginia State Constitution,” points out that the constitution “makes clear that impeachment is limited to cases where an official has offended ‘against the Commonwealth by malfeasance in office, corruption, neglect of duty, or other high crimes or misdemeanor.’ ” Northam’s past behavior seems unlikely to meet such a standard.

Do the challenges to North Carolina’s constitutional amendments have a chance?

“The people are seen as the ultimate interpreters of state constitutions and in a way judges are hesitant to challenge,” says Wake Forest University professor John Dinan, a state Constitution expert, told the editorial board Monday. That leaves ancillary issues like ballot language, and if that seems like a bit of a Hail Mary, well, yes. “State courts have generally set a very high bar for challengers seeking removal of amendments from the ballot,” says Dinan, “especially when considering claims that ballot language crafted by legislators is inaccurate.” There are exceptions, including a Florida circuit court judge ruling just last week that an anti-dog-racing amendment should be removed from the ballot because of inaccurate language. But the hurdle for challengers is higher in North Carolina than in most states, Dinan says, thanks to our constitution explicitly saying that the legislature is responsible for determining how and when amendments are presented on the ballot. Other states give legislators less discretion on ballot language — and in many other areas. As for the NAACP/Clean Air Carolina contention that Republican lawmakers have no standing to pass the proposed amendments because of a gerrymandering case pending in the courts, Dinan and others say that’s likely to be treated less seriously by the courts.

If the amendment is ratified, New Hampshire would become the 11th state with a specific right to privacy enshrined in its constitution, according to the National Conference of State Legislatures. None of the other states' constitutions include such an explicit carve out for information privacy, although courts have interpreted them to extend into that realm, said John Dinan, a political science professor at Wake Forest University who studies state constitutions. Fear that the amendment could be used to prevent government agencies from reviewing building plans or gathering information like sex offenders' addresses is likely overblown, legal experts said, but there are plenty of areas in which its impact will be less clear. "You can see someone using this amendment, if passed, in litigation against license plate readers," Dinan said. After years of prohibiting the technology, the Legislature in 2016 voted to allow police departments to use license plate readers, although the restrictions on how the data can be used are far more stringent than in other states.

Could the GOP bypass Cooper’s veto using this constitutional amendment?

Despite the lack of the “no other matter” language, experts at Duke and Wake Forest universities said they doubted any judge would allow the legislature to exploit such a small loophole. “I don’t have any explanation for why the usual qualifying language wasn’t inserted. But I have no doubt whatsoever about what a court would do in the event that a legislature might try to exploit the lack of qualifying language by attaching matters unrelated to judicial vacancies to a judicial-vacancy bill,” John Dinan, an expert on the N.C. Constitution at Wake Forest University, said in an email. “I can’t imagine any situation where a court would do anything other than uphold a gubernatorial veto in such a case and at the very least declare the unrelated material void,” Dinan said.

Workers relying on employer-sponsored health-insurance plans experienced an average 3 percent increase in premium costs during 2017, according to a national study released last week. That growth rate continued what the Kaiser Family Foundation calls a “six-year run of relatively modest increases” for the 151 million Americans who receive employer-sponsored insurance coverage. The average household premium cost is $18,764 for 2017. A second national study released last week by Mercer, a benefit services company, found that employers project a 4.3 percent premium increase for 2018 after they make planned changes, such as raising deductibles or switching carriers. Mercer said that increase would be the largest national annual increase since 2011. Mercer expects to have its North Carolina specific report out by early November. Health-care economists caution that in the current era of health-insurance uncertainty, past performance does not guarantee similar low single-digit increases going forward. For example, the proposed U.S. Senate Graham-Cassidy repeal initiative for the federa’ Affordable Care Act would allow employers with more than 50 workers to quit providing sponsored insurance without facing a federal tax penalty. The individual insurance mandate also would go away, while states could request waivers to projected Medicaid block grants that would allow them to drop covering certain essential benefits, such as maternity care and prescription drugs. “As policymakers and providers continue to work to improve health care, ensuring it remains affordable and accessible is critically important,” said Dr. Jay Bhatt, the chief medical officer for the American Hospital Association.

Anyone who thinks the governors' views will get lost in a cacophony of special-interest dissent need only look at Arizona, says John Dinan, a politics and international affairs professor at Wake Forest University. "In casting the deciding vote to kill the earlier repeal effort this summer, Sen. McCain said he was voting no in part because of the concerns of his own state's governor," Dinan notes but given Arizona Gov. Doug Ducey's support for Graham-Cassidy, the governor also "could therefore be decisive in enabling Sen. McCain to vote for the current repeal bill and therefore lead to its passage."

John Dinan, a political science professor at Wake Forest, also said he doesn’t believe the Census data will play a pivotal role in shifting opinions on Medicaid expansion. “As long as the legislature continues to oppose Medicaid expansion, North Carolina is likely to remain one of the 19 states not participating in this aspect of the ACA,” Dinan said.

Although constitutional amendment activity was lower in 2014 than in recent even-numbered years, several of the 72 approved amendments attracted significant attention. These include amendments relaxing legislative term limits in Arkansas, creating a bipartisan redistricting commission in New York, eliminating a judicial merit selection commission in Tennessee, strengthening the right to bear arms in Alabama and Missouri, guaranteeing a right to farm in Missouri, and barring state and local officials from enforcing unconstitutional federal directives in Arizona.

Implementation of the insurance-exchange and Medicaid-expansion provisions of the Affordable Care Act offers an opportunity to analyze the sources and extent of state and federal government leverage in bargaining over the rollout of a major federal program.

State Constitutional Amendments and Individual Rights in the Twenty-First Century

The Political Dynamics of Mandatory State Constitutional Convention Referendums: Lessons from the 2000s Regarding Obstacles and Pathways to their Passage

States played a prominent role in policy-making in 2007–2008 in several respects. States were more successful in securing relief from federal directives regarding the National Guard, homeland security, education, and welfare than in any prior year in the Bush presidency.

The coronavirus pandemic has brought into focus the importance of state governments and the...

From state constitutional amendments to immigration, Wake Forest faculty experts can comment on...

Expert: State constitutional amendments on the 2018 ballot in 29 states

With the first anniversary of the passage of North Carolina House Bill 2 (HB2) approaching this...

With North Carolina holding a place on a shrinking list of battleground states for Election...

The North Carolina voter ID ruling is likely to make judicial appointments – not just to the...

John Dinan, professor of politics and international affairs at Wake Forest University and an...