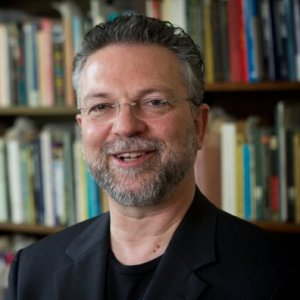 Soares is a driving force behind the national movement to rethink college admissions and adopt test-optional admissions policies.

Joseph Soares is a driving force behind the national movement to rethink college admissions and adopt test-optional admissions policies. His research has shown that high school rank is actually the best predictor of college success, while performance on the standardized tests such as the SAT and ACT are closely linked to race, family income and parental educational level. His most recent book, SAT Wars, demonstrates the far-reaching and mostly negative impact of Read More »

Joseph Soares is a driving force behind the national movement to rethink college admissions and adopt test-optional admissions policies. His research has shown that high school rank is actually the best predictor of college success, while performance on the standardized tests such as the SAT and ACT are closely linked to race, family income and parental educational level. His most recent book, SAT Wars, demonstrates the far-reaching and mostly negative impact of the tests on American life and calls for nothing less than a national policy change. His 2007 book, The Power of Privilege, was instrumental to Wake Forest’s decision to become the first top-30 national university to go test-optional in admissions, broadening the definition of academic merit and encouraging applications from high-achieving students from a wide expanse of backgrounds and viewpoints. He organized a national conference called “Rethinking Admissions” at Wake Forest , which featured presidents, admissions deans and researchers from universities such as Berkeley, Duke, Georgia, Harvard, Howard, Ohio State, Princeton, Spelman, Texas, Virginia, Wake Forest, and Yale. He has presented at regional and national conferences of the Association of College Counselors in Independent Schools, the College Board, the Southern Association for College Admission Counseling, and the National Association for College Admission Counseling. Prior to joining the Wake Forest faculty, Soares taught as a lecturer at Harvard and was an assistant and associate professor of sociology at Yale. In 2008, he was a member of the national education policy group for Barack Obama’s presidential campaign. He has recently been quoted in the Washington Post, Huffington Post, and the New York Times.

Hansen: Good news, ACT and SAT test-takers, you're not defined by your scores

Last week the College Board, which administers standardized tests, presented a new version of the SAT to correct the failures of the last version, released in 2005. As the president of Bard College, Leon Botstein, put it, sadly, this entire production is “part hoax and part fraud.” Both sets of fixes were maneuvers driven more by survival interests than by a desire to improve learning or educational opportunity in America. The College Board instituted the 2005 revisions in response to threats by the University of California system, the SAT’s biggest user, that it would stop taking the test into account. The latest redesign is intended to protect the SAT from two new dangers: the growing number of students taking its primary competitor, the ACT, and the proliferation of test-optional institutions, such as Wake Forest University and Bard College.

The story behind the SAT overhaul

Around the time the report came out — and following the publication of “The Power of Privilege,” by the Wake Forest University sociology professor Joseph A. Soares, an account of the way standardized tests contributed to discriminatory admissions policies at Yale — Wake Forest became the first Top 30 national university in the U.S. News & World Report college rankings to announce a test-optional admissions policy. Follow-up studies at Wake Forest showed that the average high-school G.P.A. of incoming freshmen increased after the school stopped using standardized-test scores as a factor. Seventy-nine percent of its 2012 incoming class was in the top 10 percent of their high-school classes. Before going test-optional, that figure was in the low 60s. In addition, the school became less homogeneous. “The test highly correlates with family income,” says Soares, who also edited a book that, in part, examines the weak predictive validity of the SAT at the University of Georgia, Johns Hopkins University and Wake Forest. “High-school grades do not.” He continued, “We have a lot more social, racial and lifestyle diversity. You see it on campus. Wake Forest was a little too much like a J. Crew catalog before we went test-optional.”

Wake Forest Professor of Sociology Joseph Soares says that regardless of whether the August scores count under the June heading, the "exclusive and unprecedented" summer test reveals the "hypocrisy of the College Board's rhetoric about the SAT being a fair way to democratize and expand access to higher education," according to the Examiner...

The new president of the College Board, David Coleman, has written a letter to College Board members proposing to redesign the SAT. He wants to fix it so the test will "focus on the core knowledge and skills that … are most important to prepare students for the rigors of college." The shift may seem unremarkable but it represents a paradigm revolution in relation to the original test. The old SAT, introduced in 1926, was supposed to be an IQ test, measuring innate ability, not hard-earned subject-specific knowledge of anything. For eugenicists, the IQ argument was a winner; for private colleges, it gave them bragging rights for selecting students with a nationally normed device that coincidentally had a powerful linear relation with family income. Administrative complacency, faculty ignorance, and business office economics have kept the test in play. Why fiddle with a winner?

The SAT has long been an entrenched part of the college admissions process. In the past few years, however, some colleges and universities have been changing that. Joseph A. Soares, a sociology professor at Wake Forest University, is a proponent of his school’s relatively recent decision to go SAT-optional, and he explains why in his 2011 book “SAT Wars.” Mr. Soares argues that high school grades are the best predictor of college performance, as opposed to standardized test scores. He also believes that the SAT is unintentionally biased against racial minorities and women, and if schools make the move to being test-optional, Mr. Soares contends that they will be able to choose from applicants who are more diverse in their backgrounds and interests...

Following my presentation last year at “The Case for Change in College Admissions” conference at the University of Southern California, a dean from one of America’s most prestigious universities said, "We know the SAT and ACT are not good predictors of college grades, but our faculty resist going test-optional. They are worried about standards."

In the early twenty-first century, higher education faces a double crisis: inadequate access and poor completion rates. We are caught between the Scylla and Charybdis' of too few youths entering and even fewer graduating from college. While the United States was ...

The future of college admissions: Discussion

Selective admissions to college are an American paradox: They matter less, and more, than many think. They matter less because they directly impact a fraction of college-age youths. William Bowen and Derek Bok (1998) estimated that out of the more than 2,700 four-year ...

For Tests that are Predictively Powerful and Without Social Prejudice

In Philip Pullman’s dark matter sci-fi trilogy, there is a golden compass that in the hands of the right person is predictively powerful; the same was supposed to be true of the SAT/ACT – the statistically indistinguishable standardized tests for college admissions. They were intended to be reliable mechanisms for identifying future trajectories, not unlike a meritocratic fortune telling device. In Pullman’s novels, the compass works; however in the real world, the predictive accomplishments of the SAT/ACT are sadly less dramatic.

The effects of parents' college tier on their offspring's educational attainments

Does it really matter where one goes to college? Many parents worry about selecting the right type of school for their offspring, all the way from kindergarten to college. And at least by high school most college-bound youth join in their parents' obsessive search for the ...

Urban sociology and research methods on neighborhoods and health

Urban sociologists are very engaged with questions about health. We are more mindful now than ever before that we all live in social landscapes of particular places that have their own power to shelter or harm us. Cities are, as the title of a recent article on urban health puts it ...

Who goes to graduate school? Social and academic correlates of educational continuation after college

Although sociologists have found direct links between parents' education and the high school and college educational attainments of their offspring, researchers have been surprised to find no parental effects on educational enrollments beyond college. ...