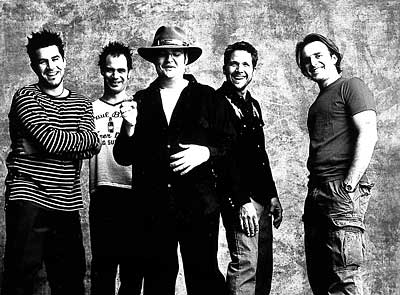 Blues Traveler will perform at 8 p.m. on Sept. 28 at Wake Forest University. The concert is sponsored by the Wake Forest Student Union and will be held in Wait Chapel. Tickets are $27.50 and go on sale Sept. 8 at 10 a.m. Tickets can be purchased at all Ticketmaster locations, online at ticketmaster.com, or by calling 722-6400. All seats are reserved.

The four original members of Blues Traveler began playing together in 1988 under the name “Blues Band.” The group played in small clubs and fraternity houses along the East coast before signing a record contract with A&M Records. By 1992, the band had two of the most successful albums in their genre and headlined the popular H.O.R.D.E. (Horizons of Rock Developing Everywhere) Festival, featuring Widespread Panic, Phish and the Spin Doctors.