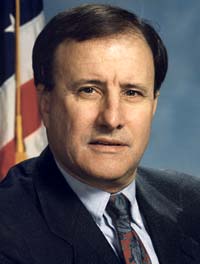 Danny Coulson, founder and former director of the FBI’s Anti-Terrorist Task Force, will speak at Wake Forest University at 8 p.m. on Oct. 8 in Wait Chapel. The event, sponsored by the Wake Forest Student Union, is free and open to the public.

This event is part of the 2001-2002 Year of Unity and Hope at Wake Forest, a student-initiated theme year that features educational programs addressing issues raised by the Sept. 11 terrorist attacks on America.

Of the Sept. 11 terrorist attacks on America, Coulson says he was shocked, but not surprised. He will speak directly about the “War on Terrorism” during his lecture at Wake Forest. Through his first-person accounts of such high-profile investigations as the Oklahoma City bombing, Atlanta prison riots and tense showdowns at Ruby Ridge and Waco, Coulson will reveal how lessons learned then apply to the challenges ahead.

Coulson is a native Texan who served with the FBI from 1966 until 1997. He graduated from Texas Christian University in 1963 and earned his law degree from Southern Methodist University in 1966.