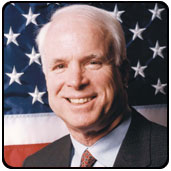 The outdoor ceremony will begin at 9 a.m. on Wake Forest’s University Plaza.

Marian Wright Edelman, founder and president of the Children’s Defense Fund, will deliver the baccalaureate address during commencement weekend.

The son and grandson of Navy admirals, McCain was born in the Panama Canal Zone in 1936. He enrolled in the U.S. Naval Academy at age 17 and started a 22-year career as a naval aviator in 1958.

In 1967, McCain was shot down over Vietnam. He was held as a prisoner-of-war in Hanoi until 1973. He retired as a captain in 1981 having earned the Silver Star, Bronze Star, Legion of Merit, Purple Heart and Distinguished Flying Cross.

McCain has received numerous awards from taxpayer and foreign policy organizations for his public service and leadership. In 1997, Time magazine named him one of the “25 Most Influential People in America.”

McCain is also the author of “Faith of My Fathers,” a New York Times Best-seller about his early life and military career. 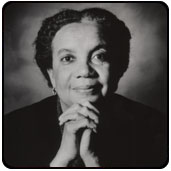 Edelman is a graduate of Spelman College and Yale Law School. She was the first black woman admitted to the Mississippi Bar. She directed the NAACP Legal Defense and Educational Fund office in Jackson until 1968, when she became counsel for the Poor People’s Campaign organized by Martin Luther King Jr. in Washington, D.C. She was then director of the Center for Law and Education at Harvard University for two years. Edelman started the Children’s Defense Fund in 1973.

In 2000, Edelman was awarded the Presidential Medal of Freedom, the nation’s highest civilian award. She was also awarded the Robert F. Kennedy Lifetime Achievement Award for her writings, which include “Families in Peril: An Agenda for Social Change,” “The Measure of Our Success: A Letter to My Children and Yours” and “Guide My Feet: Meditations and Prayers on Loving and Working for Children.”