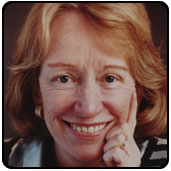 The event is free and open to the public. Some off-campus parking will be available for the public in a lot located at the corner of Long Drive and Polo Road, across from the Polo Road entrance to campus. Shuttles will also be available.

Following the convocation ceremony, Goodwin will sign copies of her books at the university’s College Book Store at 2 p.m.

Goodwin has reported on politics for more than two decades. She has been a political commentator and analyst for NBC, MSNBC, CNBC and PBS.

Goodwin was also a consultant for PBS documentaries on the Kennedy family, Franklin D. Roosevelt and Lyndon B. Johnson. She served as an assistant to Johnson during his last year in the White House and later helped him write his memoirs.

Goodwin has written four books, all of which have made The New York Times Best-seller List. In 1976, she published “Lyndon Johnson & The American Dream,” followed by “The Fitzgeralds and the Kennedys” in 1987. Three years later, that book was made into a six-hour ABC miniseries.

In 1995, she earned the Pulitzer Prize, the Harold Washington Literary Award, the New England Bookseller Association Award, the Ambassador Book Award and the Washington Monthly Book Award for her book “No Ordinary Time: Franklin and Eleanor Roosevelt: The American Home Front During World War II.”

Her most recent book, “Wait Till Next Year: A Memoir,” is about growing up in the 1950s in love with the Brooklyn Dodgers. It was named a Book of the Month Club selection. Goodwin reported on baseball for several years and was the first female journalist to enter the Boston Red Sox locker room. She was also a PBS consultant for Ken Burns’ documentary, “The History of Baseball.”

Goodwin is a graduate of Colby College and received her doctorate from Harvard University, where she taught government for 10 years.

During the ceremony, the university will recognize the recipients of several university awards, kept secret until convocation.