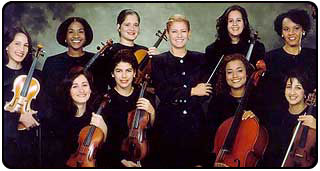 Wake Forest University will host a symposium on Cuba on March 20-21 with events that will highlight the politics, business, arts and environmental concerns of the island country. All of the events except for a March 21 Secrest Artists Series concert are free and open to the public.

Cuban dignitaries including Dagoberto Rodriguez Barrera, chief of the Cuban Interests Section, and Cuba First Secretary Olga Fernandez are two of the speakers who will participate in the symposium. Several academic and administrative departments at Wake Forest departments are symposium sponsors.

“The Cuba Symposium is a rare and significant interdisciplinary undertaking at Wake Forest University,” said Linda Howe, associate professor of Romance languages. “Participants will benefit from the positive social and educational cooperation and the invaluable human contact between citizens of two countries that have been negatively linked by mutual, hostile foreign policies. We all become U.S. ambassadors who gain knowledge as we interact with Cuba.”

Cuban-American author Cristina Garcia will read from her novels March 20 at 3:30 p.m. in Benson University Center’s Pugh Auditorium. Her 1993 book, “Dreaming in Cuban,” was nominated for a National Book Award. Her most recent novel is “The Aguero Sisters,” published in 1997. Garcia has been a Guggenheim Fellow and is the recipient of a Whiting Writers’ Award.

Also on March 20, Cuban biologist Lourdes Mugica Valdes will present “Rice Fields and Their Importance in the Conservation of Aquatic Birds” at 4 p.m. in Winston Hall, Room 125.

“U.S.-Cuban Relations” will be held at 4:30 p.m. in Pugh Auditorium. Speakers will be Dagoberto Rodriguez Barrera, chief of the Cuban Interests Section, and Cuba First Secretary Olga Fernandez.

At 8 p.m., Camerata Romeu will perform again in Brendle Recital Hall as part of the university’s Secrest Artists Series. Tickets for this event are available through the Secrest Series office, 336-758-5757. Admission is $15 for the general public, and $12 for students and senior citizens.

For more information on any of the symposium events, call the Wake Forest Romance languages department, 336-758-5487.