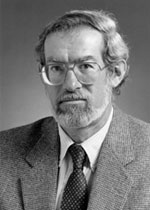 Peter Irons, professor of political science and director of the Earl Warren Bill of Rights Project at the University of California at San Diego, will give a free, public lecture titled “Can the Constitution Survive Another War?” at Wake Forest University at 7 p.m. March 5. The lecture will be held in the law auditorium, Room 1312, of the university’s Worrell Professional Center.

The lecture, sponsored by the university’s political science department, is the fifth in the year-long series “Living With the Legacy of Sept. 11.” More than 400 students and local residents turned out for the four fall lectures to listen to a variety of experts talk about topics ranging from India-Pakistan relations to the growing role of Islam in the world.

Irons, a civil liberties expert and author of more than 11 books on constitutional law, will discuss the threat posed by the ongoing “War On Terrorism” and measures like the USA Patriot Act to the civil liberties and constitutional rights of U.S. citizens. During the lecture, Irons plans to put recent events into historical perspective by discussing past measures that limited civil liberties like laws against sedition created during the Civil War, World War I and the Cold War period.

“The Bill of Rights has never been in greater peril in our nation’s history,” Irons says. “Our legitimate concerns with national security and personal safety have produced laws and programs that threaten our rights to question our government’s policies. We’re in danger of losing our basic constitutional rights to achieve the total security state.”

Irons’ books include “The New Deal Lawyers,” “Justice at War,” “The Courage of Their Convictions,” “Justice Delayed,” “May It Please The Court,” and “Jim Crow’s Children: The Broken Promise of the Brown Decision.” He is a practicing civil rights and liberties attorney, and he was lead counsel in the successful 1980s effort to reverse the World War II criminal convictions of Japanese-Americans who challenged the curfew and relocation orders. He has been elected to two terms on the national board of the American Civil Liberties Union.

The ongoing lecture series is funded through an endowment created by C.H. Richards, founder of Wake Forest’s political science department. The talks have been organized around the central theme of “Remembering Sept. 11: Making the Move from Grief and Anger to Understanding and Action.”