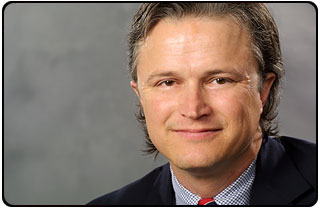 Formerly a minister at United Methodist churches in High Point and Charlotte, Auman succeeds the Rev. Ed Christman, who retired this summer after 34 years as Wake Forest chaplain.

“Ed Christman has been my friend and mentor,” Auman said.

“Being part of the Wake Forest community as chaplain is a dream come true,” Auman added. “I love Wake Forest, its history, traditions and people.”

“The combination of Tim Auman’s able experience as a pastor, counselor, and outstanding campus minister has demonstrated a conscientious capacity to serve the spiritual needs of others in a variety of settings,” Zick said.

“As a campus minister at Wake Forest he is respected and admired for his intellectual curiosity, deep faith, openness, and devotion to engaging students in religious conversations and service to others. Tim invites one to explore the spiritual meaning of life and learning in ways that are both challenging and fulfilling,” Zick added. “Students gravitate toward him for guidance and direction because he exemplifies in mind and spirit a person who has lived the examined life.”

A native of La Mesa, Calif., Auman received a bachelor of arts degree in religion from Wofford College in 1980 and a master of divinity degree from Duke University Divinity School in 1983. He grew up in North Carolina, primarily in High Point, where his father, Dr. Edwin Auman, practiced medicine before retirement. His father is a graduate of the Wake Forest School of Medicine.

While serving as United Methodist campus minister at Wake Forest, Auman has been an adjunct spiritual director at Trinity Center in Winston-Salem and a facilitator for a community service-related course at Salem College.

Auman said he looks forward “to being in a pastoral relationship to Wake Forest’s faculty, students, administrators and staff as chaplain.”

“It is an ideal place to use my gifts,” he added. “I consider Wake Forest an excellent place to grow and learn and serve.”

His wife is the Rev. Jill Auman, who is minister of adult education and family life at Wesley Memorial United Methodist Church in High Point. They have two sons, Jonathan, 14, and Micah, 6.

I have great confidence in our new chaplain, Tim Auman, and his ability to serve the spiritual needs of the campus community, including Baptist students, faculty and staff.

In the 169 years since Wake Forest University’s founding by the Baptist State Convention of North Carolina, our religious heritage has been one of our defining characteristics. It remains a vibrant part of the university’s academic, social and cultural life.

Wake Forest continues to honor its Baptist heritage in many specific ways. We employ a full-time Baptist associate chaplain. Our Poteat Scholarships are awarded each year to North Carolina Baptist students. Eighteen scholarships were awarded this year for a total of 76 Poteat Scholars studying at Wake Forest in the fall. Tuition concessions are granted to the children of Baptist ministers and missionaries. Dean Bill Leonard of the Wake Forest Divinity School is one of the nation’s leading Baptist history scholars. The majority of the Divinity School faculty members are Baptist, including such prominent professors as James Dunn and Brad Braxton. Charles Kimball, chairman of the Department of Religion and a leading expert on Islam, is an ordained Baptist minister. We frequently host meetings of Baptist ministers and scholars and are regularly represented at such academic gatherings as the upcoming International Conference on Baptist Studies in Prague.

This institution has prospered for almost 170 years because we have remained open to the claims of faith as well as reason and imagination. The good Baptists who founded the school believed that Wake Forest was here for both the intellectual and spiritual development of young lives. That heritage guides us still today.