Wake Forest University’s Museum of Anthropology will feature an exhibit and lecture series titled “Drinking from the Same Well: Jewish and Muslim Co-existence in Morocco,” which will open Nov. 7 and run through Feb. 14, 2004.

In conjunction with the exhibit, the museum will present three guest lectures. The first, a pre-opening lecture Nov. 5 at 7:30 p.m., will feature photographer Rose-Lynn Fisher of Los Angeles. Her lecture, also titled “Drinking from the Same Well: Jewish and Muslim Co-existence in Morocco,” will focus on how religious beliefs and legends encourage morals, standards and actions that lead to peaceful relations in Morocco.

Morocco has long been a country of tolerance and amicable relations among members of different religions, and even in the midst of suicide bombings like those in Casablanca this past May, the country continues to cultivate religious tolerance.

The exhibit will feature 25 of Fisher’s photographs, several Moroccan artifacts and a computer where visitors can view many other photos by Fisher.

Fisher’s photographs, many of which feature interactions between Muslims and Jews, have been shown in 10 solo exhibitions and more than 25 group exhibits since 1983.

King Mohammed VI of Morocco praised her work as capturing the beauty and spirit of his land.

Oren Kosansky, research fellow at the Center for Advanced Judaic Studies at the University of Pennsylvania, will present “We Are All Sons of Adam and other Stories from Morocco” Jan. 22, 2004, at 7:30 p.m. Kosansky will explore some of the diverse processes that continue to mediate religious co-existence in Morocco.

On Feb. 12, 2004, lecturer Orin Soltes of Georgetown University will present “Jewish Threads in the Muslim Moroccan Tapestry: Jewish and Muslim Interactions in Morocco.” He will offer an analysis of how these two religious traditions are blended in Moroccan symbols and art and how they reflect the society’s system of morals and standards of conduct.

The exhibit is part of Wake Forest’s theme year, “Fostering Dialogue: Civil Discourse in an Academic Community,” which is dedicated to exploring how free people with passionate interests and beliefs can communicate openly without turning dialogue into discord.

The lectures are supported by the Wake Forest Fund for Ethics and Leadership. 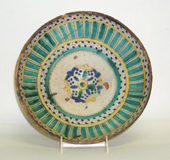 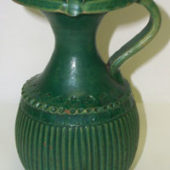