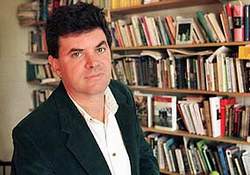 Barry Maine, professor of English, has been named director of interdisciplinary honors at Wake Forest University. Maine has been a faculty member at Wake Forest for more than 20 years, and he was chair of the English department from 1987 to 1996.

Paul Escott, dean of the College, announced Maine’s appointment this month. Maine will assume his new responsibilities in January. He will succeed James Barefield, professor of history, who has been director of the program since 1988.

The interdisciplinary honors program at Wake Forest offers a series of seminars from various disciplines to qualified undergraduates. The seminars are usually team-taught by faculty from different disciplines and are meant to be intellectually challenging, even for the university’s best prepared undergraduates.

“As the new director of interdisciplinary honors, I would like to broaden faculty participation in the program,” Maine said. “I will also be considering ideas from the faculty about how to strengthen the program while retaining its best features.”

During his time at Wake Forest, Maine has served on a variety of university committees. He is a past recipient of the Reid-Doyle Prize for Excellence in Teaching, an award given annually to one faculty member in the College of Arts and Sciences.