The Phyllis Trible Lecture Series at Wake Forest University, now in its third year, will bring four prominent lecturers to campus for a program March 1 and 2 on “Miriam, Mary and Mary Magdalene in Art, Literature and Music: Feminist Perspectives.” The public event will take place in Wait Chapel and in the Benson University Center. 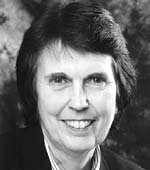 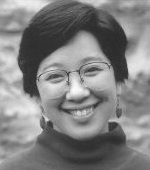 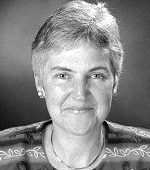 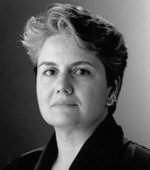 The lectures are named in honor of Phyllis Trible, University Professor of Biblical Studies at the Wake Forest Divinity School, who became one of the school’s first faculty members before its opening in 1999. Previous lectures, which have brought prominent feminist religion scholars from a variety of respected institutions in the United States and Canada, have focused on “Feminist and Womanist Religious Perspectives” and “The Children of Hagar and Sarah: Feminist Perspectives in Judaism, Christianity and Islam.”

“Every spring, the faculty and students interested in women’s and gender studies mark their calendars for the Phyllis Trible Lectures because they know they will be able to hear some of the most diverse and best interdisciplinary minds in dialogue regarding significant feminist issues in theology and culture,” said Anne Boyle, a faculty member in the English department and chair of the women’s and gender studies program.

Diane Wudel, a faculty member in the Wake Forest Divinity School and a co-chair of the lecture series’ organizing committee, said the event is of particular value to women involved in ministry and in the study of religion.

“The rich interplay of art, music, and literature together with the focus on three fascinating and controversial women from the Biblical narratives will give this year’s series a particularly broad appeal,” Wudel said.

Phyllis Trible will present the first lecture in this year’s series, “A Mosaic for Miriam,” at 1:30 p.m. March 1 in the university’s Wait Chapel. An internationally known Hebrew scholar and rhetorical critic, Trible provided expert commentary for Bill Moyer’s public television series “Genesis: A Living Conversation.” She is the author of the books “God and the Rhetoric of Sexuality,” “Texts of Terror: Literary-Feminist Readings of Biblical Narratives” and “Rhetorical Criticism: Context, Method, and the Book of Jonah.”

Mary Foskett, Zachary T. Smith Associate Professor of Religion at Wake Forest, will present the event’s second lecture, “A Storied Life and Contesting Traditions: Mary in Early Christian Narrative,” at 3 p.m. March 1 in Wait Chapel. Foskett is the author of “A Virgin Conceived: Mary and Classical Representations of Virginity.”

Diane Apostolos-Cappadona, an adjunct professor in the Center for Muslim-Christian Understanding and an adjunct professor in art and culture in the liberal studies program at Georgetown University, will present the lecture “Seeing Feminine Prophecy in Christian Art” at 6 p.m. March 1 in Pugh Auditorium in the university’s Benson University Center. Apostolos-Cappadona is author of the “Encyclopedia of Women in Religious Art,” “Dictionary of Christian Art” and “The Spirit and the Vision: The Influence of Christian Romanticism on the Development of 19th-century American Art.”

Deirdre Good, professor of New Testament at General Theological Seminary in New York, will deliver the final lecture of the series, “Calling Mary Mariam: What Difference Does It Make in Narrative and Musical Traditions?,” at 9:30 a.m. March 2 in Wait Chapel. Good, a frequent lecturer in academic and church settings, has contributed her expertise to documentaries on subjects ranging from Jesus to Eve. She is the author of many studies of women, gender and sexuality in the New Testament and in Gnostic texts, including “Reconstructing the Tradition of Sophia in Gnostic Literature.”

A panel discussion scheduled for 11 a.m. March 2 in Wait Chapel, followed by a 12:30 p.m. luncheon will conclude the series. The cost for the lectures is $35 for all four or $15 for each individual lecture. There is an additional $10 charge for the closing luncheon on March 2. For a complete schedule of events, visit the lecture series’ Web site at http://www.wfu.edu/divinity/trible-lectures.html.