The 2008 election will be remembered as one of the most unforgettable in American history. Republicans nominated their first female candidate on the ticket with Sarah Palin, and Democrats put forth the first African-American candidate in Barack Obama.

While many news analysts have compared Obama’s campaign to that of John F. Kennedy’s in 1960, some attention should also be given to the similarities faced by Obama and Franklin D. Roosevelt in 1932. 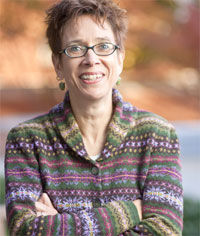 Kennedy and Obama are an obvious choice for a historical analysis. During their campaigns, both men presented themselves as young, vibrant and energetic, and they ran against seasoned politicians with experience, Richard Nixon and John McCain respectively. Both faced adversities: Kennedy battled anti-Catholicism and Obama fought entrenched racism.

Their victories came after eight years of Republican rule, but Dwight D. Eisenhower was an admired executive while George W. Bush will be recorded as one of the most unpopular presidents in American history.

Kennedy and Obama came into power along with Democratic majorities in both the House and Senate. Both men faced complex international situations: Kennedy had to deal with the Cold War and with Vietnam (although covert at the time); Obama finds the U.S. embroiled in wars in Iraq and Afghanistan and against terror, in addition to strained relations with Iran and North Korea.

Unlike Kennedy who resided over the tail end of an unprecedented postwar economic boom, Obama takes the reigns in the midst of an economic collapse, much as Roosevelt did in 1932.

Roosevelt and Obama share many similarities. The economic meltdown they faced resulted from similar factors. Unregulated banks made risky investments. Wild speculation in the stock market led to its collapse. The construction of new homes slowed to a stand still and housing prices plummeted. The automobile industries encountered overproduction of vehicles Americans could not afford or, in the current case, did not want to buy. Working-class buying power decreased, while large corporations recorded obscene profits.

Both eras experienced a faulty tax policy that encouraged trickle down economics: the rich benefited from large tax cuts that supposedly would benefit the working class. This policy failed in the 1920s, 1980s and 2000s; in all three experiments, depression or recession followed.

In the midst of these economic troubles, Roosevelt and Obama appealed to an American public fed up with Republican policies that increased the gap between the rich and the poor. Both candidates promised change but were vague as to what they meant.

Roosevelt pledged to bring the country a “new deal,” but did not clearly enunciate what this deal entailed. Obama promised hope for a new future, but similar to Roosevelt was hazy about a clear plan of action.

Americans in both eras ignored the candidates’ ambiguity because the only alternative was the status quo: four more years of Hoover or four more years of Bush in the persona of McCain. Americans turned out in record numbers in 1932 and 2008 and voted for a new direction.

The 1932, 1960 and 2008 elections are memorable. Roosevelt overcame paralysis to bring the country a New Deal, Kennedy surmounted centuries of anti-Catholicism to bring a New Frontier, and Obama conquered a deep-rooted racism to bring a new hope, a hope that could not have been imagined just several decades ago in a segregated world.

Obama’s plan for the future will need to address economic woes faced by Roosevelt, and international tensions faced by Kennedy. The landslide election results demonstrate that the American public has faith that Obama can handle the multifarious tribulations facing the country.

Simone Caron is chair of the history department. Her most recent book is “Who Chooses? American Reproductive History since 1830” (University Press of Florida).