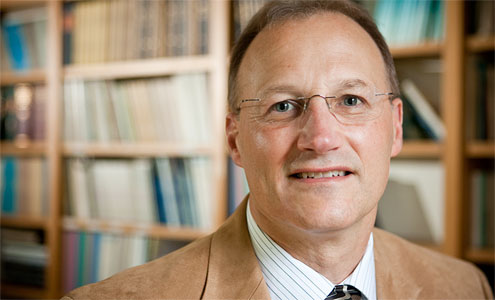 Farr Visiting Professor of International Economics Joseph Daniels: The number of “chronically malnourished” people in the world has increased 18 percent in the last two years.

While many in the U.S. have been feeling a pinch in their grocery budgets, the effects of the rising cost of food have been devastating in some regions of the world. Joseph Daniels, Farr Visiting Professor of International Economics, discusses the volatility of food costs around the world.

How many people in the world today have limited access to food?

According to the United Nations, there are now over 1 billion people classified as “chronically malnourished.” Approximately 20 years ago there were 850 million people classified as chronically malnourished. Some gains were made in reducing this number in the mid-1990s. This number was fairly constant from 1990 to 2007. After the food crisis erupted in 2007, this number has risen 18 percent to the level of 1 billion estimated in early 2009.

What caused the crisis?

Although global food prices have dropped over the past six months — from historic highs — they still remain about 25 percent higher than they were in 2005. In addition, the price of food in many African and Asian economies still remains high as the prices in these markets did not decline along with global prices. The price effect has been compounded by a decrease in purchasing power of these economies, due to the global economic crisis. A persistent problem is the volatility of commodity prices, specifically fuel and food prices.

But gas prices have dropped recently, so why have food costs remained high?

These are two very different types of goods, and their prices are driven by supply and demand conditions in their specific markets. Even though the price of oil has dropped, a drought in India, as a current example, would still drive the price of tea higher. Local supply and demand conditions are being affected by local weather and otherwise poor harvest conditions and a reported decrease in access to trade financing.

Is the use of corn as a fuel source adding to the crisis?

Given the policy approaches that have been taken so far in relation to the development of biofuel, yes, it is. There is more money to be made growing corn for fuel than for food.

Why can’t we just grow more food to bring down the price?

We must make sure that approaches to food production do not exacerbate environmental problems. That would be a very myopic and dangerous approach, havng serious long-run implications. We need to first consider how approaches to food production are impacting global climate change and local environmental conditions. Focusing only on the production of food — the supply side — will not solve the problem. There is a need for increased investment in the agricultural sectors of developing economies and policies to ensure that those populations have both the purchasing power and access to foods.

How widespread is the crisis?

In 2008, there were food riots and protests in 30 countries across Asia and Africa. This social unrest can destabilize and even topple governments and lead to increases in violence and crime. It is important to point out that hunger is a problem in our own nation, not just the developing economies. According to the U.S. Department of Food and Agriculture, one in 10 people in the United States are receiving food assistance. Because of the current economic crisis, the number of people enrolled in the food stamp program has increased by more than 15 percent.

First, direct aid needs to be provided to people in the economies hit hardest by the food crisis. Second, aid and technical assistance needs to be directed to the agricultural sector in developing economies. This will help ensure efficient farming technology and appropriate land utilization. This may also help minimize environmental degradation. The Food and Agricultural organization of the United Nations and the World Bank are pursuing this, but their funds are limited. Third, surplus countries need to manage exports in a manner that reduces price volatility. Finally, real progress needs to be made on multilateral trade. A great opportunity was missed at the G20 summit (in London) earlier this month.