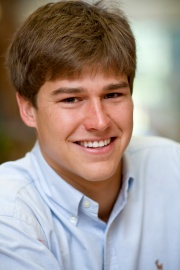 Patrick Nelli, a Wake Forest University senior, was one of 20 students named to the first team of USA Today’s 2009 All-USA College Academic Team, which honors students for outstanding intellectual achievement and leadership.

Yan Zhao, also a Wake Forest senior, was named to the third team.

They are both featured in the April 29 issue of USA Today. The first team winners each receive $2,500. The teams were selected by a panel of judges from hundreds of students nominated by colleges and universities across the United States.

Nelli, a physics major from Gastonia, was recognized for his research on ultrasound devices used to break up blood clots in stroke and heart attack victims. As a sophomore, he won a fellowship to study nanoparticles and their applications in disease diagnosis and biological systems at the University of New South Wales in Sydney, Australia. 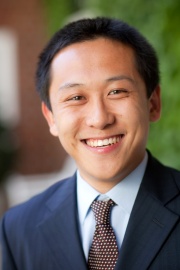 Working in the lab of Associate Professor of Physics Martin Guthold, he has helped develop a novel process aimed at discovering short segments of DNA to be used as drug-delivery molecules. He has also worked on research projects with Keith Bonin, associate professor of physics, and Jed Macosko, assistant professor of physics. Nelli is a team leader on a research project supported by a biotechnology company. He was named a 2007 Barry S. Goldwater Scholar.

Forty additional students were named to the second and third teams.

Zhao, a biology major from Nashville, Tenn., was recognized for organizing a benefit concert for Chinese earthquake relief. Also, for four years, he has conducted research focused on neurotransmitters and their receptors with Erik Johnson, assistant professor of biology at Wake Forest.