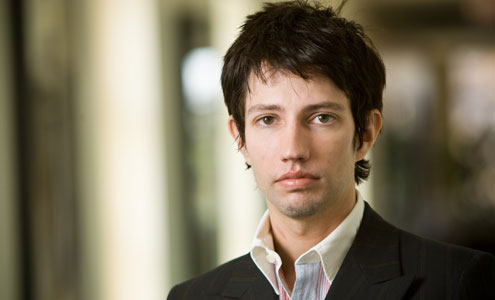 The defenders of film director Roman Polanski — charged with raping a 13-year-old girl in 1977 and then fleeing the country — are starting down a slippery slope by trying to redefine what rape is.

”There are really two perspectives here,” says Shannon Gilreath, Wake Forest University Law Professor for Interdisciplinary Study and a nationally recognized scholar on issues of equality, sexual minorities and constitutional interpretation. ”One is the perspective of people who look for any reason imaginable to excuse the victimization of women and girls that is rampant: it happened long ago, she was mature for her age, she wanted it.

”On the other side of this are those of us who are saying that every victim matters, even those victimized by people rich enough to evade jurisdiction for many years,” he said.

Many in the entertainment industry have flocked to Polanski’s defense, questioning whether the act was strictly rape or not, alleging that it was consensual sex, and pointing to the amount of time that has passed since the incident, possible judicial misconduct, and the fact that the girl, now in her forties, would prefer that the case simply go away.

”It wasn’t rape-rape,” comedian and talk-show host Whoopi Goldberg said on The View on Sept. 29. The next day, Debra Tate, sister of Polanski’s murdered wife, Sharon, said on the Today show that “There’s rape, and then there’s rape,” arguing that it was consensual sex.

But, Gilreath points out, under the law, statutory rape is a clear offense, and at 13-years-old, the girl was underage.

”Maybe the missing piece of this discussion is that what is being turned into a major media event, full of talking-head outrage because it involves Roman Polanski, is real life as it is experienced by millions of women every day,” Gilreath said. ”And, like it or not, it could happen to every woman. Until we face up to the pervasiveness of a culture of violence that sexualizes dominance, that turns male dominance over women into sex, then we won’t be able to face it down. And women and girls will continue to be raped and worse, unnoticed. Where is the outrage, where is the media blitz about that?”

Polanski, now 76, was arrested in Switzerland Sept. 26, and is awaiting possible extradition to the U.S. He fled the U.S. in 1978 right before his sentencing after he admitted to having sex with the girl. As part of a plea deal, he pled guilty to unlawful sexual intercourse with a minor while prosecutors promised to drop rape, sodomy and other charges after sentencing. A judge was to determine his sentence.