The benefits of Wal-Mart 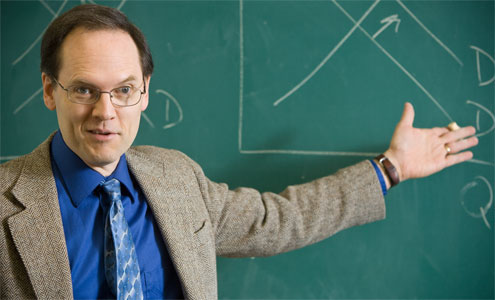 As Wal-Mart continues to encounter opposition to new stores in New York and other major cities, a survey of American economists shows that three out of four are fans of the retail giant. According to the survey, 72 percent of economists agreed or strongly agreed with the statement, “A Wal-Mart store typically generates more benefits to society than costs.”

With Wal-Mart’s annual revenues topping $400 billion, its sales exceed the next five largest retailers combined. Such clout has made the company a target for critics who blame it for the demise of small-town America and question its labor practices and overall economic impact. Some communities have organized protests to block Wal-Mart from opening stores, but Chair and Professor of Economics Robert Whaples, who conducted the survey, says those views are misguided.

“Even if you don’t shop at Wal-Mart, you benefit from it because the competition then has to lower their prices,” Whaples says. “They do things more efficiently than other stores, so we don’t need quite as many workers in that sector, but those workers who are going to be displaced are going to pretty soon find jobs in some other sector.

“When you read anything economists have written about Wal-Mart, basically that’s what they find — huge gains to consumers and some labor-market effects but very small ones, because they’re such a small part of the overall labor market,” he said.

The survey, “The Policy Views of American Economic Association Members: The Results of a New Survey,” appears in the September issue of Econ Journal Watch, sponsored by the American Institute for Economic Research.

Whaples is co-editor of the book “Historical Perspectives on the American Economy” and editor of “The Encyclopedia of Economic and Business History.” His Modern Economic Issues course, a series of 36 half-hour lectures on issues ranging from global warming and Social Security to Wal-Mart and obesity, is available on CD and DVD from The Teaching Company.