Domestic violence and the recession 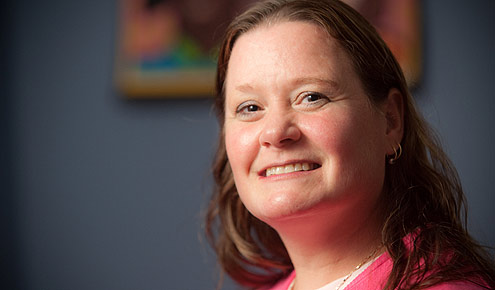 Angela Hattery, Professor of Sociology and Women’s and Gender Studies, explains how domestic violence or “intimate partner violence” increases during tough economic times. Hattery, who joined the faculty in 1998, is the author of “Intimate Partner Violence,” “Women, Work, and Family: Balancing and Weaving” and, with Professor of Sociology Earl Smith, of “African American Families: Issues of Health, Wealth & Violence.”

Q: Is the recession causing an increase in domestic violence?

Q: How do shifting family dynamics increase stress that could perhaps lead to domestic/intimate partner violence?

A: Shifting family dynamics can be the perfect recipe for domestic violence. More men have been laid off than women during this recession. My research and that of others suggests that men engage in intimate partner violence when their masculinity is threatened. One core component of masculinity is breadwinning. So, when men are laid off they may feel emasculated, which might lead them to use violence to re-assert their masculinity. This will be even more likely if they experience a “role reversal” and the wife is now the breadwinner, who expects him to take care of the home and kids while she’s at work. If she comes home and nags him for not taking care of things at home, it is likely that this will ratchet up his feelings of being emasculated and the risk for IPV increases.

Q: Are some groups affected more than others?