Word of the Year: ‘Unfriend’ 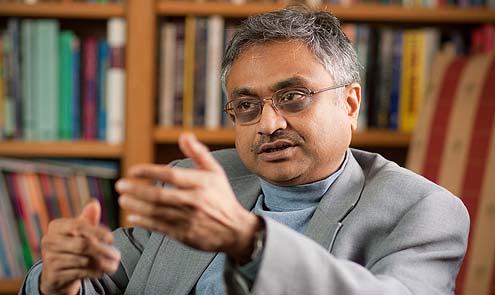 The Facebook term “unfriend” was recently picked as 2009 Word of the Year by the New Oxford American Dictionary. Ananda Mitra, professor and chair of the Department of Communication, discusses how technology influences language and social interaction.

Q. How does technology influence language and how words are “created” based on new modes of communication?

We have to remember that the most important technology of communication is indeed language, and it is through the manipulation of the symbols that make up the language of a culture that we define the culture. Thus all elements of a cultural system influence the fundamental technology of language.

The tools we use to improve our quality of life, from the rake to clear the fall leaves to the Smartphone to unfriend those we do not want on Facebook, all influence how we make sense of the world around us. As such these tools would necessarily influence language.

Over the history of human civilization as new tools have been introduced we have had to find ways to name them. The printing “press” borrows the name from the wine “press,” just as the word “eyeglasses” mirrors the material used to make the tool, although very few eyeglasses are now made of glass. We need to label the tools and as such technology influences language and words.

Q. What was the equivalent to “unfriend” before Facebook? Not returning a call? Simply ignoring someone?

The idea of unfriend is closest to what my colleague and friend Professor Michael Hyde would call the opposite of acknowledging someone’s existence. Drawing on the work of philosopher Emmanuel Levinas, Professor Hyde urges us to ponder the fundamental question: “Where art thou?” and the responsible answer of “Here I am.” The unfriend option is equivalent to saying, “Here I am NOT!”

There can not be an offline equivalent to unfriend because the process occurs at a discursive level where it is much easier to say the “NOT” via silence which is much more difficult to do in the offline mode, where the equivalent would have to be an overt act of rejection — someone holding out their hand to shake and you actually not only not shaking it, but pushing it back. Unfriending is a more of a deliberate act than simply ignoring, but it is basically pushing back and “deleting” a relationship via a keystroke. Again, drawing on Professor Hyde’s work and Levinas, it is “social murder.”

Q. How has “friending” on Facebook changed society and social interactions?

The changes have been profound because the process of friending has transcended some of the traditional barriers of interaction. For instance, the notion of geography has been transformed and spatial location is certainly no impediment to maintaining a friendship on Facebook. In fact, that would be considered the strength of Facebook.

The length of time that it takes to make and maintain friendships has also changed. With a click of a button one becomes a friend and become privy (usually) to all the details of an individual. Finally, Facebook has offered a voice to many who might not have been able to make friends in the offline setting. These are the ones who were the “uncool” kids in high school. Now with the offline distance in space and time these are the ones who are most in need for the friendship but could also be the ones who are most often unfriended. Our biases can continue on Facebook as they do offline.