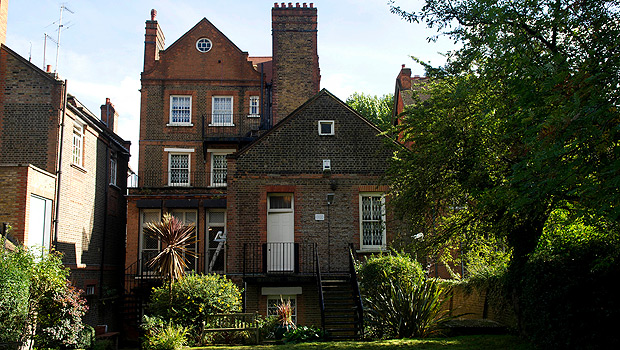 This fall, 15 students and two professors are living and studying together at Wake Forest’s Worrell House in London, England. Junior Ashton Astbury talks about her experiences. Astbury is a double major in English and political science from New Canaan, Conn.

What made you decide to study at Worrell House?

Since English is one of my majors, it seemed perfect that the English department was going to the Worrell House in fall 2010. I also calculated that Part I of “Harry Potter and the Deathly Hallows” would be premiering in London during this time, so it all fell together quite ideally. I  liked the idea of staying in a Wake Forest house because you can retain your ties to Wake Forest while simultaneously studying and traveling in a foreign country. It’s the best of both worlds.

In what ways do you develop connections with fellow students?

One of my favorite Worrell House traditions is Monday night “family dinners” where each room rotates cooking a big meal for all 15 students and our two professors. Weekends tend to be quite a hectic time with traveling to other parts of Europe, and it is great to reconvene each Monday to share our experiences and make plans for the coming week. No two meals have been alike and it’s amazing how much effort our peers put into making a fun, delicious feast for the house. Right now, the house is in the midst of making plans for a giant Thanksgiving banquet. Coming from a small family, I can’t wait to experience the festivity (and probably a bit of exciting chaos) that will ensue with over 60 family members and friends celebrating the holiday at the Worrell House.

Describe your studies at Worrell House. 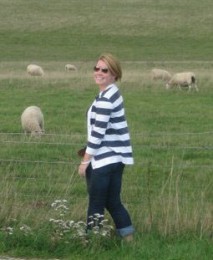 Two of our classes are related to British literature with an emphasis on “place” in literature. This is extremely exciting because we have visited so many of the places so integral to great works of literature, such as the room where John Keats composed “Ode to a Nightingale,” the attic office where Samuel Johnson worked on his dictionary, and the town of Bath featured in several of Jane Austen’s novels.

Each student also pairs with a peer to present on a specific text, and discuss how living in London enhances our study of these works of literature. For a recent presentation on Sherlock Holmes, my presentation partner and I walked over to Baker Street and then headed to St. John’s Wood in the footsteps of Holmes and Watson in “A Scandal in Bohemia.”

Setting is also emphasized in our additional classes. For our history of London course, our professor leads us on several walks around the city to accompany his seminars. In addition to having an art history lecture once a week, we visit a different museum each Monday afternoon. It’s incredible to learn about a specific artist or work, and then stand in front of it.

Lastly, we attend one play each week to accompany our study of theatre. The plays we have seen thus far have covered a plethora of eras, ranging from Shakespeare at the Globe Theatre to the contemporary “Earthquakes in London” at the National Theatre, and it seems as though each one we see is better than the last. Since all of our classes take place sitting around a large table in our “classroom,” learning tends to be very discussion based, with our professors encouraging us to share how our experiences and ideas relate to the material we are studying.

Have you learned anything surprising about London?

One of my favorite things to do in London is to grab my guidebook, jump on ‘the Tube’ and explore an area I haven’t encountered before. Chances are, I’m bound to run into a famous landmark along the way. On our second day in London, my roommates and I set off to find the Imperial War Museum near Waterloo Station. We ended up getting lost and literally just stumbled upon Big Ben and the houses of Parliament. My stay in London has also taught me that I don’t need to be constantly surrounded by a large group of people to have a great time.

What have you most enjoyed seeing in London?

A major component of our humanities course is to compile a certain number of cultural immersion hours and record our experiences in a journal or blog. For my project, I decided to visit areas of London that have been featured in popular classic rock songs. One night, a group of friends and I followed the route taken by the werewolf in the Warren Zevon song “Werewolves of London.” It even began to rain at one point, which was extremely appropriate since the werewolf is said to be seen “walking through the streets of Soho in the rain.” Inspired by its mention in the Beatles’ song “A Day in the Life,” I attended a show at the Royal Albert Hall in which the London Philharmonic played all of the music for a showing of “The Lord of the Rings: Return of the King.” Most recently, in the spirit the Jethro Tull song “Jeffrey Goes to Leicester Square,” a group of us joined thousands of Harry Potter fans in Leicester Square to celebrate the world premiere of the last installment in the series. Even though we had been standing for over five hours in the pouring rain, I couldn’t help but think that life doesn’t get much better than this.