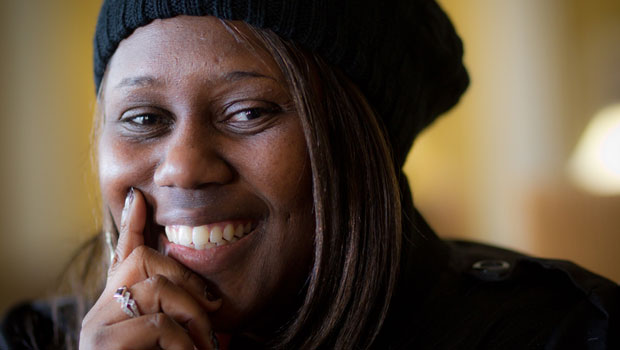 Lauren Arrington, a junior from Fayetteville, Ga., has been awarded the Martin Luther King Jr. Young Dreamers’ Award by the City of Winston-Salem.

The award recognizes two Winston-Salem leaders, one male and one female, who have made a tangible difference in the lives of others. Arrington received the award for fostering positive race relations and promoting inclusiveness — using art to help people build connections.

In June 2010 Arrington worked with Professor of Art David Finn to create a piece for a public art project “Transforming Race.” The project connected Wake Forest art students with local high school students to interpret their thoughts about race.

The high school students expressed concerns about such things as self-segregation by race in their schools’ cafeteria and how people are typecast by race, religion, or economic background. Arrington took these ideas and created an interactive art project to get people talking.

“Race is the elephant in the room,” says Arrington, who is majoring in psychology. “Prejudice and stereotyping are still prevalent. The difference between these issues in the past and present is that today we are more censored when it comes to talking about them. And we have to start talking about them so we can acknowledge they exist and then break them down.”

Arrington’s “Boxed In” does just that. 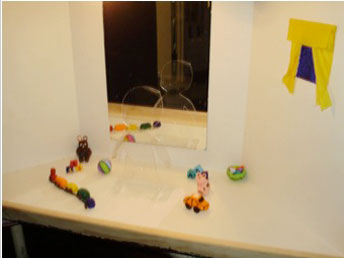 "Boxed In" (in the light) by Lauren Arrington, Summer 2010, mixed media

Our first look at ourselves is often in the bathroom mirror, explains Arrington. Turn on the light and what do you see? A reflection of yourself using your own senses and perceptions. Viewers looking into the mirror of Arrington’s public art project see just the same. 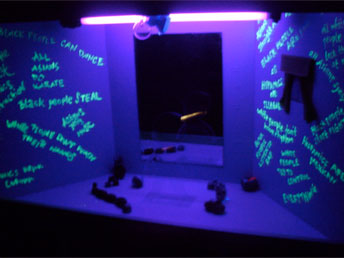 "Boxed In" (in the dark) by Lauren Arrington, Summer 2010, mixed media

But, turn off the light and the walls of the bathroom glow with negative words used to label people of all races.

“Boxed In dramatically illustrates the devastating effects of racial and ethnic stereotyping,” says Finn, who nominated Arrington for the award. “Lauren is determined to convince people of the need to confront issues of race, no matter how uncomfortable it may feel. She epitomizes the curiosity, integrity and vision that Dr. King said our nation would need to make our country whole.”

Martin Luther King Jr. Young Dreamers’ Award recipients are selected by members of the Winston-Salem Human Relations Commission. Arrington and Matthew Gray, a volunteer for Samaritan Ministries, were recognized at the City Council meeting on January 18.