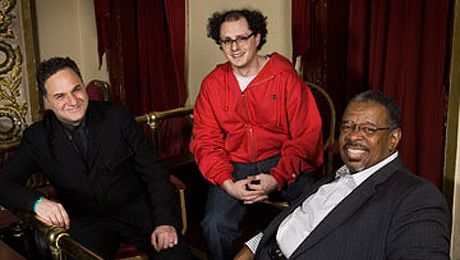 What is Klezmer music?
Klezmer is Jewish party music. It’s heavy on the horns with drums and accordion. Klezmer musicians in the early 1900s played Russian, Bulgarian and gypsy parties, so Klezmer adopted sounds from all these cultures. At its roots, it is multicultural. In the 1920s, middle-class Jews would invite Klezmer musicians to play at resorts, especially in the northeast. They would also invite jazz and blues artists, and this is one of many environments where black and Jewish musicians met and mingled and were exposed to one another’s music. But in the mid 20th century, Klezmer died out, in part due to Jewish assimilation, but also because the wellspring of European Jewish culture is destroyed in the Holocaust.

When did Klezmer experience a revival?
Besides Klezmer, many aspects of Jewish culture went dormant in the US after WWII, including Jewish secular commitments to social justice. In the 1980s a Klezmer revival was spearheaded by secular American Jews reacting against what they perceived as a bland mainstream culture and intent on reviving Jewish secularity and politics. Traditional Klezmer in the 80s and 90s was played with fresh arrangements which applied a prior generation’s commitments to labor rights to the current generation’s commitment to civil and human rights. Klezmer also partnered with other musical idioms such as Latino, Gospel and hip-hop.

Abraham Inc. brings together Jewish and African-American traditions. Is this a new phenomenon?
In musical history, relations between people of Jewish descent and African-American descent have been multi-layered and not without some tension. In the late 19th and early 20th centuries, for example, black musician’s ragtime music was often controlled by Jewish producers and publishers who owned copyrights and managed distribution of these works. This arrangement caused some resentment, and children of these black musicians still feel a sting.

Yet, culturally there is a deep connection of understanding. In the early 20th century, Jewish people and most European immigrants in general were not regarded as “white,” and many Jews regarded African Americans as “America’s Jews.” At the same time, African Americans understood that persecution and displacement was central in Jewish history, and they frequently turned to the biblical model of Exodus as an allegory of the African-American experience. Now notoriously, the Jewish singer Al Jolson popularized the African-American music in his black-face minstrel shows, but blacks such as Paul Robeson and even Aretha Franklin regularly collaborated with Jewish artists like George Gershwin. The alternating collaboration and conflict between black and Jewish artists makes most sense when we recall how proximate the musicians were to one another, living in the same neighborhoods, performing in the same clubs, and often sharing the same audiences.

In what ways does Abraham Inc. reflect a new connection between these cultures?
Up until the early 1960s, African Americans and Jews were often political partners in the struggle for Civil Rights. Since the 1960s, however, there has, at times, been conflict and tension as Jews and black Americans struggle to hear each other. What makes Abraham Inc. so interesting is that Jewish Klezmer virtuoso David Krakauer and African-American funk trombonist Fred Wesley have to listen to each other on the stage in order to bring their respective styles and musical idioms into harmony. It’s a collaboration necessary to integrate their sounds, and perhaps a representation of what happens when two seemingly different cultures fuse.

The partnership between Krakauer and Wesley is facilitated by their third partner, SoCalled,  a deejay from Canada. As a hip-hop artist, he is able to bring together Krakauer’s Klezmer and Wesley’s funk in novel ways, and his technique of sampling, citing and electronically mixing has the salutary effect of invoking and then surpassing the cultural origins and authenticity of his diverse selections. And hip-hop adds a newer, younger generation’s contribution to the mix. 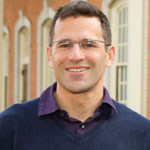 Why go see this band?
Abraham Inc. is a huge party band. The energy of the Klezmer, funk and hip-hop combined is amazing. The physical, visceral energy of the musicians is extraordinary. If you think Secrest Artists Series offerings tend to be conservative, Abraham Inc. is a major event at Wake Forest. It’s boundary breaking.

Franco is an expert in American ethnic literature, Jewish cultural studies and Chicano and Latino Literature. He joined the Wake Forest faculty in 2001.