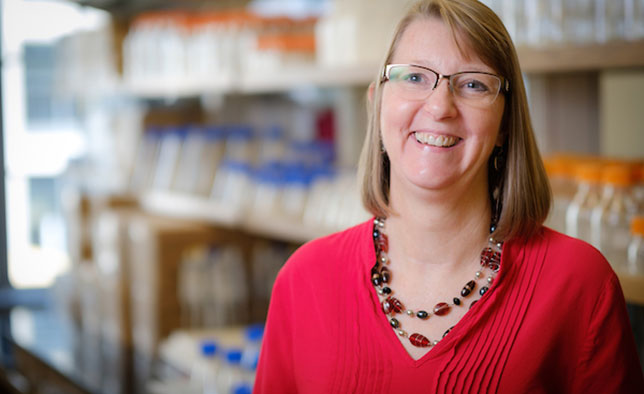 By Carolyn Beans | The Food & Environment Reporting Network (FERN)
At stake is much of our diet. Every seed, grain, and fruit that we eat is a direct product of pollination, explains biochemist Gloria Muday. “The critical parameter is the maximum temperature during reproduction,” she says. Muday studies pollen from a mutant tomato plant. With funding from the National Science Foundation, she is now part of a multi-university team aiming to uncover the molecular mechanisms and underlying genes that could help tomato pollen weather a heat spell. The story appeared originally on YaleEnvironment360.  — 6/14/2022

State supreme courts: Bottom of the ballot but top concern if Roe falls
By Megan Messerly | POLITICO
“Judges are faced with an ethical challenge on the campaign trail where they are not allowed to talk about specific issues that might come before them on the bench, even though some voters would love to know what they are going to do,” said law professor John Korzen. — 6/13/2022

Sri Lanka’s struggle to bring down the Rajapaksas
By Neil DeVotta | Eurasia Review
When Sri Lankan President Gotabaya Rajapaksa banned chemical fertiliser, insecticides and herbicides in May 2021, protesters blamed the government rather than the President or his brother, former prime minister Mahinda Rajapaksa. But this time, spurred by the island’s worst ever economic crisis, protests have turned against Rajapaksa rule, writes politics and international affairs professor Neil DeVotta.–6/14/2022

Nowadays, most US mass shooters younger than 18
China Daily Global
Analysis looks at strains that prompt some teens to reach for firearms. Kami Chavis, director of the criminal justice program at Wake Forest University School of Law in Winston-Salem, North Carolina, told the Washington Post: “We need to pay attention to the scientific evidence that suggests these young minds may not be capable of having the serious responsibility of owning an assault rifle.” — 6/20/2022

History is repeating itself on gay rights movement
By Nancy Langer | Baltimore Sun
This commentary piece quotes a Wake Forest law professor regarding the history of the gay rights movement. Marie-Amelie George explains in a recent report by FiveThirtyEight, “The religious right really modernized and repackaged that claim in the late 70s and early 80s to be that gays and lesbians cannot reproduce, so they have to recruit.” — 6/17/2022

Juneteenth highlights ‘kaleidoscope of how freedom is delayed’
WFDD-FM (Winston-Salem, NC)
Corey D.B. Walker, director of Wake Forest University’s African American studies program, says that Juneteenth celebrates myriad emancipation moments.“This is a really, a complex phenomena that can’t just be reduced to a single day,” says Walker. “Instead, Juneteenth should be seen as a kaleidoscope of how freedom is delayed and denied throughout the Americas.–6/20/2022