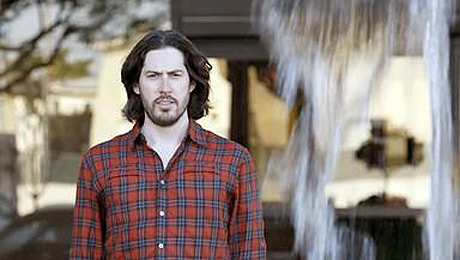 Oscar-nominated director Jason Reitman (“Thank You for Smoking,” “Juno,” “Up in the Air”) will discuss filmmaking and his career at the fourth annual Reynolda Film Festival at Wake Forest.

Reitman will speak April 2 at 7 p.m. in Wait Chapel. Tickets are $5 for the public; free to Wake Forest faculty, staff and students.

Featuring film screenings, a film competition, and talks by scriptwriters, animators and film-industry insiders, the film festival will run March 30 to April 2. The festival is organized and led completely by Wake Forest students. The complete schedule of screenings and speakers and details on how to get tickets for the Reitman event will be posted on the Reynolda Festival website . Oscar-nominated director Jason Reitman (“Thank You for Smoking,” “Juno,” “Up in the Air”) will discuss filmmaking and his career at the fourth annual Reynolda Film Festival

“Not only will aspiring writers and filmmakers relate to Jason Reitman’s great ability to convey meaningful messages in film, but also the specific themes of his pictures will certainly strike a chord with the festival’s audience,” said Clint Wilson, a Wake Forest senior and director of this year’s festival. “Between ‘Juno’s’ examination of the search for one’s place in society and the notions of personal identity explored through ‘Up In the Air,’ Reitman’s films speak eloquently to this generation. As a storyteller, director and acute social commentator, he is the perfect keynote speaker.”

At age 33, Reitman has already made his mark as a screenwriter and director. He wrote and directed the 2009 film “Up in the Air.”  The film, starring George Clooney, was nominated for six Academy Awards, including best picture and best director.

Reitman made his feature film-directing debut with the 2006 hit, “Thank You for Smoking.” Based on the novel by Christopher Buckley, he adapted the story for the screen. The film earned a Golden Globe nomination for best picture, an Independent Spirit award for best screenplay and a WGA nomination for best adapted screenplay.

His second feature, “Juno,” which follows the story of a pregnant teenager, was nominated for four Academy Awards, and won three Independent Spirit awards plus a Grammy Award.

Through his company, Right of Way Films, Reitman is in post-production on “Young Adult,” starring Charlize Theron. The film, which reunites Reitman with his Oscar-winning “Juno” screenwriter, Diablo Cody, will be released by Paramount Pictures later this year.

The film festival is designed to promote the art of filmmaking and to challenge aspiring filmmakers. Past speakers have included Keith Barber, director of “Any Given Sunday;” Adam Burke, an animator with Pixar Animation Studios; and director Spike Lee. The festival is sponsored by WAKE TV, the University’s student-run television station.