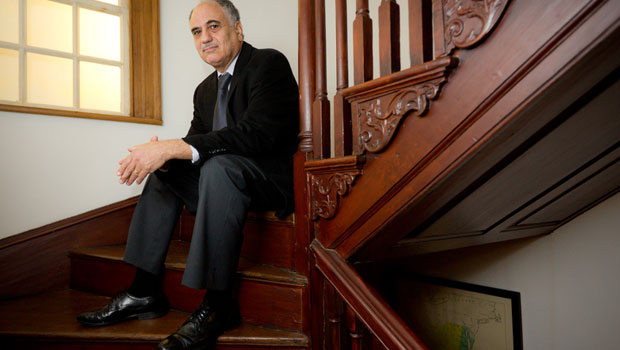 “Incidents in the Life of a Slave Girl” was published in 1861 under the pen name Linda Brent. For most of the 20th century, the book was believed to be a fictional story written to further the abolitionist cause. In the 1980s, it was verified that the novel was an autobiographical account of the life of Harriet Jacobs, a slave in Edenton, N.C.

Since this discovery, the book has become one of the most celebrated slave narratives of all time.

At the Museum of Early Southern Decorative Arts (MESDA) in Winston-Salem, a related discovery has been made. Installations in the museum showcasing examples of southern colonial woodwork from a house in Edenton have a surprising history. The woodwork is from the house where Harriet Jacobs lived in Edenton.

“This discovery gives the rooms a new layer of meaning,” says MESDA curator Robert Leath. “And it has become essential to help visitors see and understand these spaces in light of their history.” Wake Forest history professor Anthony Parent is leading the reinterpretation process that will shed new light on these rooms, in particular, the stairwell and back chamber. Parent is an expert on African-American slavery in America and a member of the MESDA advisory board.

“There are few material markers to memorialize the lives of African Americans during the slavery era,” says Parent. “We have a unique opportunity here to assist MESDA in bringing the interior space where Harriet Jacobs lived to the American public. Reinterpreting the Edenton rooms offers us an opportunity to reclaim this space memorialized by Jacobs in her critically acclaimed book.”

In one scene in “Incidents in the Life of a Slave Girl,” Jacobs takes a severe beating from her owner, Edenton physician James Norcom. The stairs where this event happened are part of the Edenton house architecture that have been on display at the museum since its opening in 1965.

People who visit and now know the history of the stairwell and hallway will be moved. Recent visitors who are aware that these places were part of Harriet Jacob’s history experience the rooms as hallowed ground, he says. “Reinterpreting the space will give new programming opportunities to MESDA for school children and visitors alike,” says Parent. “The finding is not only important to Winston-Salem but to the wider community as well.”