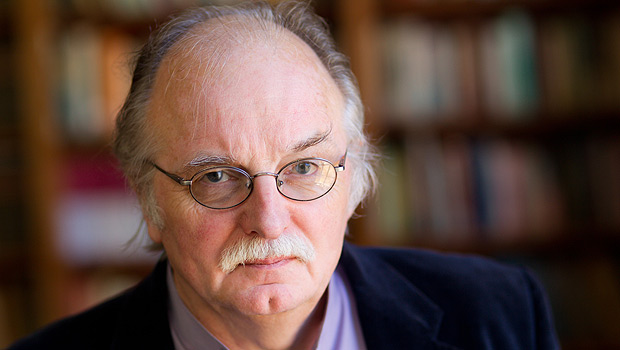 “Sane voices across the industrial world have long recognized that an economy built on social justice and income equality is a stronger economy than one built on poverty,” wrote David Coates, Worrell Professor of Anglo-American Studies in the Wake Forest Department of Politics. These words summarize the most recent opinion article Coates has published on The Huffington Post website. This was Coates’ 20th article published on the popular news site but the first to receive a prominent placement on the site’s homepage.

“Ending up, however briefly on the front page of the Huffington Post, has real if brief consequences,” Coates shared. “The number of visitors to my blog site has spiked. The article was picked up this morning by a major European social democratic website, so is now being read more widely in Europe. And the really committed readers also write e-mails directly to the author – some friendly, some pretty horrid. It has been a busy weekend.”

Coates is adept at posing questions being asked by people from all walks of life. The most recent article, titled “The Strengths and Weaknesses of American Exceptionalism,” asks the reader to consider if America is getting stronger or weaker.” Coates suggests answers from a liberal perspective and often provides the words Democratic Party leaders may struggle to find for themselves.

An article Coates published in the Huffington Post on April 13, 2011, argued that the narrative President Obama chooses in his bid for re-election may decide the future of the United States.

President Obama has two stories to tell America, wrote Coates. The first is that bipartisan compromise avoided a government shutdown in April. The second is that he is committed to protecting entitlement programs and fair taxation.

Which narrative will be at the core of President Obama’s re-election campaign in 2012? The answer may decide the election, wrote Coates.

In this article titled, “The Danger of Losing the Plot So Early in the Play,” Coates argued that, “the current budget crisis is not the product of normal Washington politics.” It is the product of Tea Party libertarians “looking to create an entirely new America, one built on the clear philosophical principles to which they personally subscribe.” As a result, the compromise that avoided a government shutdown also produced secret deals that eat away at vital public programs, a stronger foundation for future Republican attacks, and a missed opportunity to challenge the Republican position with a clear message about Democratic values.

Coates expressed concern about the apparent conviction of President Obama’s re-election team that President Obama will “maintain support among independent voters by tacking towards the Republicans,” and that people are alienated from Washington politics by displays of partisanship, “rather than the absence of clear statements of principle.” Coates believes that compromise, an impossible feat with President Obama’s current opponents, will not lead to re-election in 2012. However, if President Obama is able to dictate the national conversation and focus on the progressive messages that won him the 2008 election, he might still win back independent voters willing to believe again that change is possible.

Coates’s articles draw on the main theses of his book, which will be released in June, titled “Making the Progressive Case: Towards a Stronger American Economy.” Coates said that like the articles, “it may well be the case that the book too will meet some people’s needs and irritate the sensibilities of others. I hope more of the former than of the latter.”

Follow www.davidcoates.net to learn more about the messages shaping democracy.