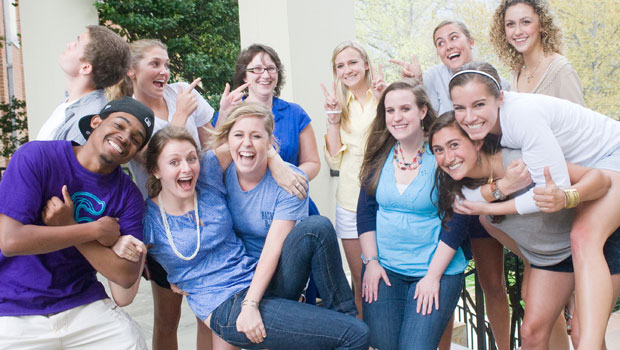 Religion professor Lynn Neal and her first-year seminar students spent a semester in 2007 exploring the relationship between religion and popular culture in contemporary American life. Neal invited those students, now seniors, who were in that Surprising Spirituality course for a reunion. Here’s how the group said they have changed from that first semester to the last.

then: focus on grades (we did all earn “A”s in high school, right?)
now: realize the process of learning is more important than the final product

then: nervous at presenting in front of a group
now: will talk the entire class if you like

then: a five-page paper was stressful
now: ready to produce a 20-pager, no problem

then: experienced state of shock upon realization college classes were not a continuation of high school with room and board
now: realize that it is possible to delve more deeply into one paragraph on one topic and come up with more knowledge than I acquired my entire year in 12th grade

then: never thought to ask professors questions and engage them in conversations
now: have emailed, phoned, texted and stalked professors to learn how to improve my understanding

then: had little understanding of failure
now: have learned how to handle disappointment — knowing I won’t vaporize from the experience

then: was nervous about meeting new people different from myself
now: realize that the more I know my classmates, the more I get out of the class

then: when a professor gave me a cell phone number and told me to call I thought it was a joke
now: know professors at Wake go out of their way to be accessible and responsive 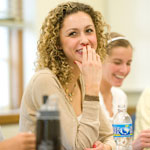 then: thought I was an excellent writer
now: acknowledge the Writing Center has been my best friend

then: thought I knew it all
now: have a healthy sense of humility

then: thought the professor would teach
now: learned that the people around me have something to teach me too

then: wanted to take classes in areas I thought I was already good at
now: realized how much I’ve enjoyed classes that took me out of my comfort zone