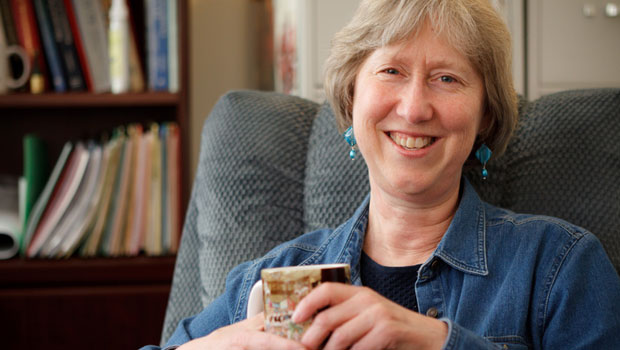 Marianne Schubert, the director of the University Counseling Center, is the consummate counselor. She draws people out while letting herself fade into the background, holds deeply felt convictions without running them up the flagpole, and solves problems without revealing any confidences.

A thirty-four year veteran of Wake Forest’s counseling center and its director since 1986, Schubert has helped rescue countless students from the ever-increasing pressures of college life.

She coordinates help for students not only on the counseling chair but also across campus, working with the Office of Academic Advising, the Learning Assistance Center, student health, campus ministry, and residence life.

Honesty and confidentiality are especially important considering the increase in the number of students seeking help and the escalating seriousness of the problems with which they struggle. A study released in March 2011 by NASPA Student Affairs Administrators in Higher Education and the Center for Collegiate Mental Health at Pennsylvania State University reported that 32 percent of college students have received some form of counseling in their lifetime.

Students today are more likely to seek help than they were 30 years ago: in the last decade alone the counseling center went from 2,400 sessions per school year to more than 4,000 sessions, seeing well over 10 percent of enrolled students in any given year. There are seven full-time counselors in the center — women and men of various ages, races and ethnic backgrounds who are available should students choose to seek help.

Schubert points to several reasons for the increase in student clients and in the severity of their problems. “Medicines have improved, so some people are able to come to school who wouldn’t have been able to without them,” she says. “It’s also a reflection of U.S. society that seeking mental health help is much more accepted. There is still a stigma for some to be seen entering our doors, but most people are more comfortable doing that than in the past.

Kenneth A. Zick, vice president and dean of student affairs, says another one of the reasons for the increase in counseling sessions is Schubert herself. “Marianne has assembled an outstanding staff that has cultivated the trust and confidence of the student body. Students know that they can come to the counseling center and find a welcoming environment,” Zick says. “Although Marianne rarely shrinks from offering very direct advice, her open, tolerant, and compassionate touch engenders faith in her judgment. She is a friend to all in need.”

“Having an effective counseling center on campus is essential to students’ well-being,” adds Assistant Director of Counseling Johnne Armentrout. “In crisis situations and in everyday problems, it helps to have counselors who know the University environment and who have years of experience in this particular microcosm.”