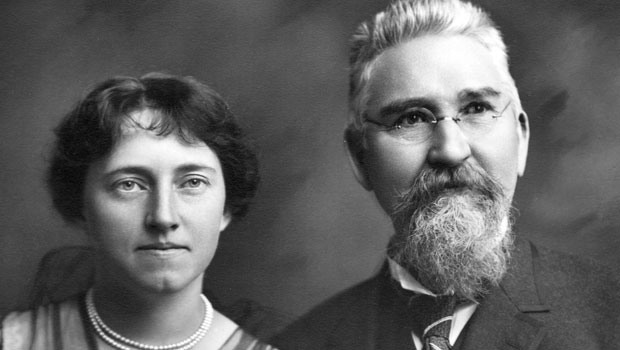 Wake Forest stands on 300 acres of property once owned by R.J. and Katharine Reynolds. The University is home to Reynolda Hall, the Z. Smith Reynolds Library and the Reynolds gym. Reynolda House, Reynolda Gardens and Reynolda Village surround the area.

It’s impossible to come to Wake Forest and Winston-Salem without experiencing the influence of R.J. Reynolds Tobacco Company and the Reynolds family. History professor Michele Gillespie, who joined Wake Forest in 1999, decided to explore this history when she noticed comprehensive information on the Reynolds’ — particularly Katharine Reynolds — was relatively sparse. 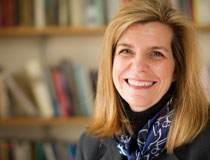 “I started out writing Katharine’s biography, but halfway through the research, I realized that in order to tell her story, I needed to include her husband’s. Katharine would not have had the opportunities she enjoyed without R.J.’s support for her dreams and ambitions,” said Gillespie.

Gillespie, who is an expert in the history of the American South from 1790 to 1920, specializes in gender, race and class issues of that time period. Her official biography of Richard Joshua “R.J.” Reynolds (1850-1918) and Katharine Smith Reynolds (1880-1924), “Katharine and R.J. Reynolds: Partners of Fortune in the Making of the New South,” took 10 years to complete and included painstaking research to separate historical fact from city legend.

“Their lives intersected with so many realities of the time — women’s issues, Winston-Salem history, business, politics, race relations — it was a web of connections,” Gillespie said. “I had to have an understanding of the language associated with all the areas of history that touched the lives they shared.”

Gillespie relied on a variety of primary sources for the book, including the extensive archive collection at Reynolda House.

R.J.’s attitude towards his wife was progressive for the early 1900s. Katharine was 30 years younger than her husband, yet he supported her ambitions emotionally and financially, including her dream to create a modern, working village farm in Winston-Salem. Katharine traveled to New York and led an active social life outside of Winston-Salem. From her husband, she learned the ins and outs of the stock market and made a small fortune of her own.

In return, Katharine used her social knowledge and advertising talents to help craft the messaging for Reynolds Tobacco Company. In allowing his wife her freedom, R.J. gained her valuable insights into consumer marketing.

The author or editor of eight books, Gillespie says that in researching what is essentially two biographies and organizing the material to create her book she developed a strong empathy for students in her upper division classes writing research papers in a semester when they are loaded with other academic responsibilities. “I understand the limits of doing a research paper in a short time when other classes demand ample attention as well.”