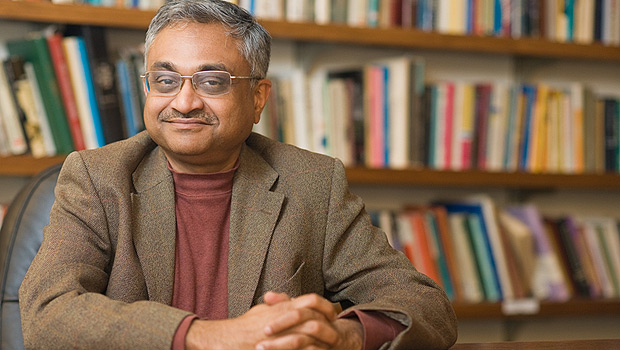 Your Friday night status update from a local pub will have much greater significance with the unveiling of Facebook Timeline, says Dr. Ananda Mitra, social media expert and Chair of the Communication Department at Wake Forest.

“Though Facebook this month and Facebook next month will have a dramatically different look and feel, the data doesn’t change. What’s new is the amount of data people are invited to, and will, provide,” says Mitra. “Mining of all this data is the next inevitable step, opening the door for more prevalent community-based stories and more targeted marketing opportunities.”

Mitra predicted the narrative evolution of social media in Global Media Journal more than a year and a half ago. He coined the term “narb” to describe narrative bits, the personal details such as age, sex, location and social preference people reveal using social media, which now are prominently featured in the rollout of Facebook Timeline.

In “Narbs as a Measure and Indicator of Identity Narratives,” a chapter in the upcoming book Investigating Cyber Law and Cyber Ethics: Issues, Impacts and Practices, Mitra offers a new look to narrative bits and how they may affect people’s personal – and very real – lives. In the book he explains mathematical model for mining and organizing the data shared through the mini-life stories.

What does this mean for 800 million Facebook users and the future of social media?

“Through narbs, Facebook Timeline makes your weekend check-in at the University’s football stadium with two of your friends more visible and data-rich than ever before. It says where you are, whose company you keep, that you like sports, that you possibly graduated from that school and suggests that you also might like to eat or drink certain things. It invites targeted advertising and information about consumption behavior directly to your tailgate,” he says.

However, it doesn’t necessarily mean people shouldn’t share, he says. When events happen that people experience simultaneously – such as an earthquake or political victory – people’s feeds will explode with narratives told by the community, increasing social media’s role in news gathering and further minimizing the impact of mass media.