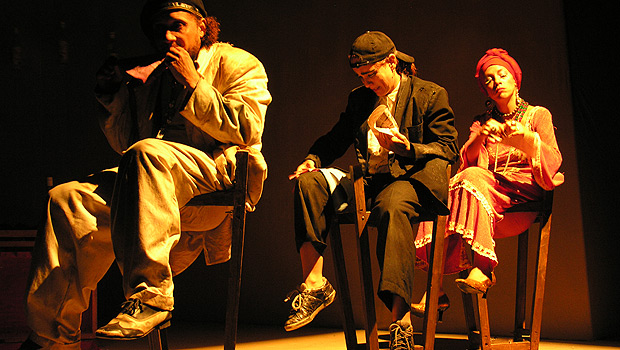 On Thursday, Oct. 6, the Stevens Center in downtown Winston-Salem will light up with the sights and sounds of the internationally acclaimed Cuban theatre troupe Teatro de la Luna in its premiere of Delirio Habanero / Havana Delirium.

The WFU Cuba Project (which raises awareness about Cuban issues through cultural events), the Provost’s Office, the Romance Languages Department and the Latin American and Latino Studies Program are sponsoring the troupe’s visit. 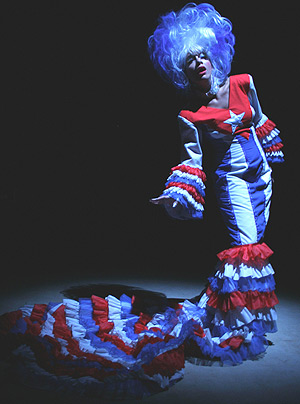 Havana Delirium tells the entertaining story of three impoverished locals who seek to escape their worldly troubles by reenacting the lives of three Cuban legends: Celia Cruz, Queen of Salsa; Benny Moré, King of Rhythm; and Varilla, barman of the Bodeguita del Medio, made famous by Hemingway in the 1950s. Memories and song help them to relive glorious experiences amidst a tumultuous undercurrent of political and racial divisions.

Set in Havana during the 1990s, Havana Delirium seeks to highlight the universal struggles the Latino community faces in the modern economic era. To make the show as accessible as possible, the play will be performed in Spanish with English translations displayed above the stage.

The idea to bring the troupe to the area emerged from the work of the Latin American Entrepreneurship class taught last Spring by Linda Howe, Director of the WFU Cuba Project and Associate Professor of Romance Languages. The group has sponsored previous events to promote dialogue about Cuba in the U.S., including Cuban Artists’ Books and Prints Exhibition, which debuted in Winston-Salem three years ago and continues to tour around the country.

“The project is a student-driven initiative to bring together the diverse communities of the Triad and form cultural bridges between Cuba and the U.S.,” says Howe. “Our students handled everything from logistics to marketing and publicity for the event.”

As a result of their efforts, students and faculty from Wake Forest, UNC Chapel Hill, UNC Greensboro, N.C. A&T and Salem College; more than 300 children from the Forsyth County School system; and local residents involved with various Hispanic and Black organizations – including El Buen Pastor, The Hispanic League and North Carolina Black Repertory Company, among others – will have the opportunity to interact with troupe members personally and use their performance to initiate conversations across racial and ethnic divides.

Wake Forest also collaborated with universities across the country to organize the theatre troupe’s educational and cultural activities at the University of Vermont, the University of Miami and the Bildner Center for Western Hemisphere Studies (part of the City University of New York system).

Skyller Jordan, a senior Business and Enterprise Management major and Associate Director of the Cuba Project, says, “Hosting Teatro de la Luna has allowed the Cuba Project to move far beyond the classroom. We hope their performance at the Stevens Center and their involvement across the Triad this week will be part of a continuing dialogue among the Wake Forest campus, the local community and Cuba.”

Complimentary round-trip shuttle service will leave from Benson University Center to Stevens Center from 5 p.m. to 7 p.m. and return from 9:15 p.m. to 10:30 p.m. Regular WFU shuttle service to downtown Winston-Salem will run throughout the evening. To purchase tickets, please call 336-721-1945.