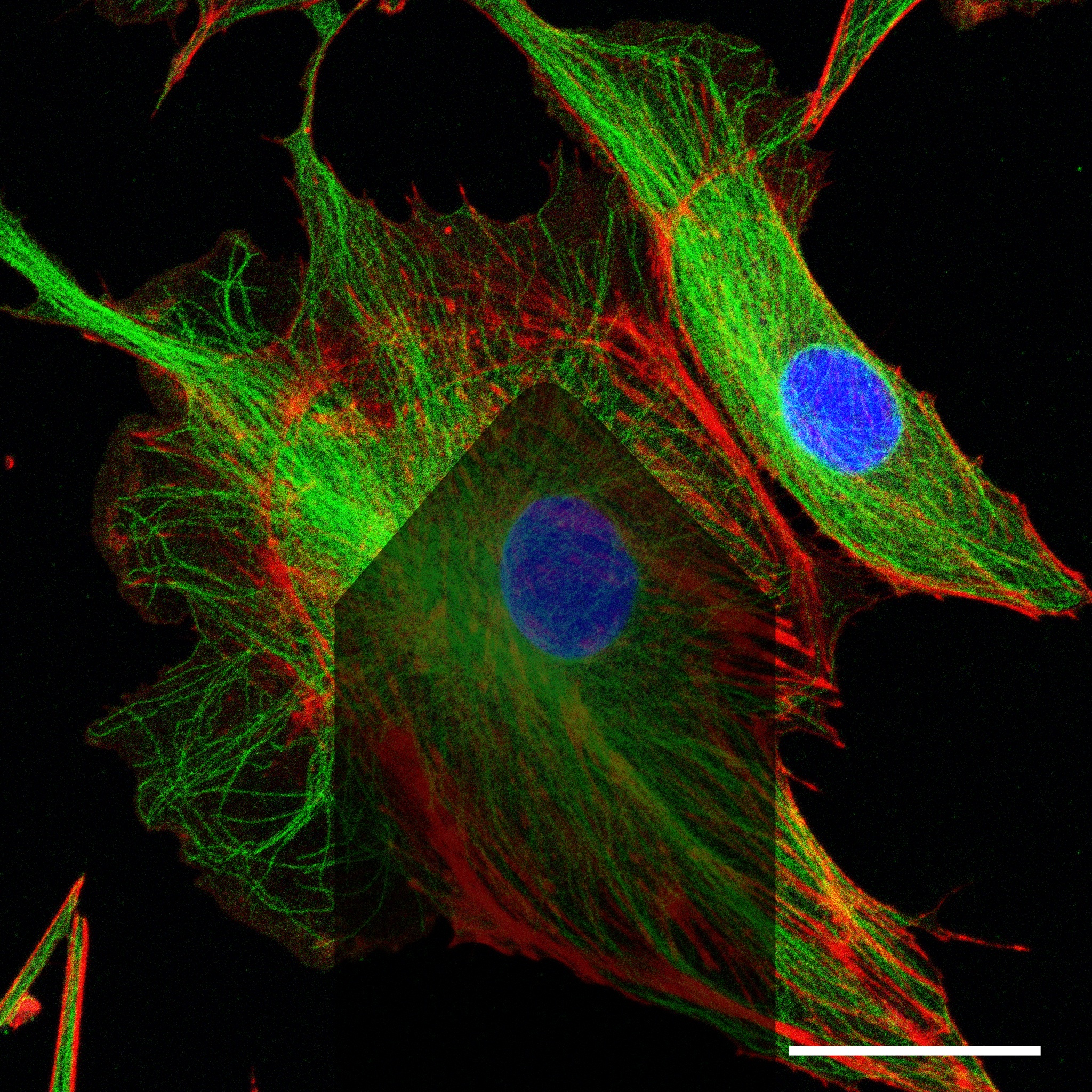 For the past 40 years, finding a cure for cancer has been primarily the quest of biologists and chemists.  Now, physicists are on the front lines seeking new ways to win the war on cancer.

Three Wake Forest University physics professors — Keith Bonin, Jed C. Macosko and Martin Guthold — were awarded a $400,000 grant this year from the National Science Foundation to study the physical and mechanical properties of cells and provide insights that have eluded scientists using gene-centered and chemistry-centered approaches.

In 2011, about 571,950 Americans are expected to die of cancer, according to the American Cancer Society. In the past, physics has been applied to the diagnosis and treatment of cancer.  Oncology departments routinely use physics-based techniques such as magnetic-resonance imaging.   But, using physics to better understand the root causes of cancer is new.

The National Cancer Institute and the National Science Foundation began awarding large grants to physicists two years ago to focus their research in this area.

“We’re players in this exciting new field, the physics of cancer,” said Macosko, one of the principal investigators for the study.  “We’re rookies in studying cancer, but we know cells and we know physics.  We are using an innovative set of tools to come up with new approaches.”

Cancer cells are physical objects with physical properties such as “squishiness,” elasticity and “stickiness.”  And, recent research increasingly indicates cancer and normal cells have different physical and mechanical properties. 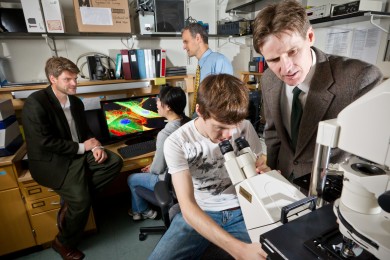 “Understanding these differences in cell properties may provide an exciting opportunity to improve our basic understanding of cancer,” said Bonin, chair of the physics department and also a principal investigator for the study.

Using breast cancer—human mammary endothelial (HME)—cells, the Wake Forest researchers are studying how the physical properties of cells change as they progress from normal to cancerous and to find out if the change in physical properties is due to a change in the cytoskeleton, the cell membrane, the cytoplasm or a combination of these elements in the cell.  This work will establish how and why the mechanical properties of HME cells change as the cells mutate from normal to cancerous.

An atomic force microscope allows the researchers to make nano-scale mechanical measurements in cells.  With it, the researchers can squeeze individual cells, much like pressing on a balloon with a fingertip, to assess the rigidity of the cell membrane at different points.  They can use this data to create a “mechanical map” of the cell.

In the early stages of cancer, cells become more rigid, but in order to spread throughout the body, the cells have to become more flexible, said Guthold, a principal investigator on the project with significant experience using imaging and nanomanipulation techniques.  He is hopeful that a better understanding of the squishiness and rigidity of cells at different stages in the progression of cancer will provide a new approach to preventing cancer cells from metastasizing.

Bonin and fellow researchers will use a confocal microscope and a technique called “fluorescence recovery after photo bleaching” (FRAP) to measure the viscoelasticity of the cell’s cytoskeleton and how DNA repair proteins move within the cytoplasm of the cell.  A third technique called particle tracking will provide data on how far natural cargo containers in cells, called organelles, move as the cells progress through the various stages of cancer from normal to tumor-generating cells.

“The idea is to observe and measure the changes in different stages in the same kind of cell,” Bonin said.  “This will increase our basic understanding of cancer progression, which may result in better cancer diagnosis, treatment and prognosis.”

The project is funded for three years.