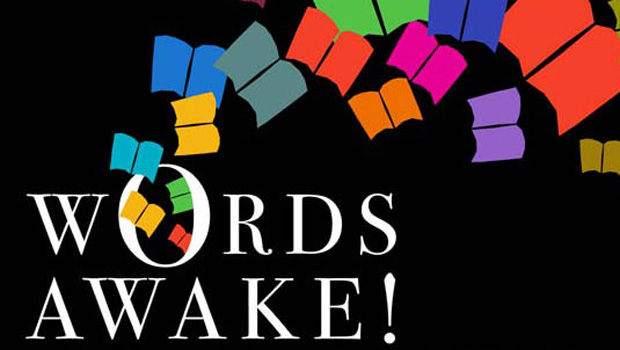 If you ask Hannah Kay Hunt (’12) about writers who called Wake Forest home, she can rattle off names like Harold T. P. Hayes, Al Hunt and Archie Ammons along with the years they graduated and career highlights.  That’s because Hunt has spent the past few months researching these writers for Words Awake!, a three-day celebration of writers and writing to be held March 23-25.

“Learning about legendary figures like Hayes, who graduated from Wake Forest more than 50 years ago and became editor of Esquire magazine, and then also connecting with Wake Forest writers who are still making their mark is amazing,” says Hunt, a senior English major and the student member of the committee planning the event.

Words Awake! will celebrate past and present Wake Forest writers and will inaugurate the Wake Forest Writers Hall of Fame.  More than 40 alumni who are novelists, biographers, journalists, screenwriters, poets and hip-hop artists will return to Wake Forest to share their experience as professional writers.

“It is a once-in-a-lifetime opportunity to have a group of such accomplished writers together in the same place who have the common thread of graduating from Wake Forest,” says Hunt. “We wanted the event to be accessible to everyone.  No matter what your future profession is, being articulate is critical to future success. Writing opens your mind and opens doors.”

Words Awake! will demonstrate the power of writing with workshops, panels and readings. Students will have the opportunity for conversations with a Newsweek book critic, a bestselling author of books on American politics, James Earl Jones’ biographer and dozens of other successful Wake Forest writers.

From sports reporting to science writing to literary fiction, noteworthy writers from around the country will talk about the written word to college students and community members. The University will also induct 15 writers into the newly created Wake Forest University Writers Hall of Fame.

The event is free and open to the public, but registration is strongly encouraged.   Events will be held on campus in Benson University Center.


Beyond the play on words, the event’s title, Words Awake!, reflects a recognition of past writers and a focus on the dynamic future of writing.  “The event is one part public engagement, one part education and one part celebration,” says Thomas Phillips, coordinator of the project and director of the Wake Forest Scholars program. “We want to champion and celebrate generations of Wake Forest writers while inspiring people to think about writing as a career.  It is important for young people to have heroes and role models beyond athletes and political figures.”

Following are a few of the featured speakers:

The Wake Forest community is invited to compete in the inaugural Worst Poem! contest. Deadline March 19.

For Hunt, who plans a career in magazine publishing, a gathering of writers on campus is a dream come true.  She has organized student ambassadors to pair with each visiting writer. The student volunteers will have the chance to spend time one-on-one during the weekend with writers who share their interests and can provide them with career advice.  “The hope is they will exchange e-mails and continue the conversation,” she says.

On March 23, Wake Forest writers will visit 10 Winston-Salem/Forsyth County schools to lead workshops, readings, lectures, and seminars on their works.  From a poetry slam at Carver High School to a session on science writing at Paisley Middle School to a book club meeting at Cook Elementary School, writers will engage schoolchildren in the world of writing.

In the evening, Wake Forest alumnus Tom Hayes, the son of legendary Esquire magazine editor Harold Hayes, will premier a documentary he produced about his father, who was also a Wake Forest graduate.

On Saturday, March 24, 16 panel discussions and authors’ readings will be held on campus throughout the day.   Topics will include “Writing Sports,” “Writing for Business,” “Writing Biography/Memoir,” “Writing Washington News,” “Writing for Children,” “Writing/Speaking of Faith and Conscience,” “Writing for Newspapers, Magazines and the Web” and several others.  Later afternoon sessions will focus on “The Art of Teaching Writing” and “Writing/Editing Careers.”  The complete schedule is posted on the web site.

At a banquet Saturday night, Wake Forest will induct 15 writers, including author and poet Maya Angelou and Provost Emeritus Edwin G. Wilson, into the Writers Hall of Fame. Hunt wrote biographies of the inductees that will appear in a display in the Z. Smith Reynolds Library and on the website.  Saturday’s activities will conclude with a panel discussion on “The Future of Writing.”

Students and faculty will also have the opportunity to meet with the visiting writers to eat breakfast and talk during the Pastry Slam from 8:30 to 11 a.m. on Sunday, March 25.

“The quality of one’s writing makes a difference,” Phillips says.  “The whole publishing industry is redefining itself, but that doesn’t mean people don’t still write and get paid for it.  We want to celebrate those who graduate with degrees in the humanities and go on to write.”

Words Awake! has several sponsors including the Office of the Provost and the Humanities Institute at Wake Forest.