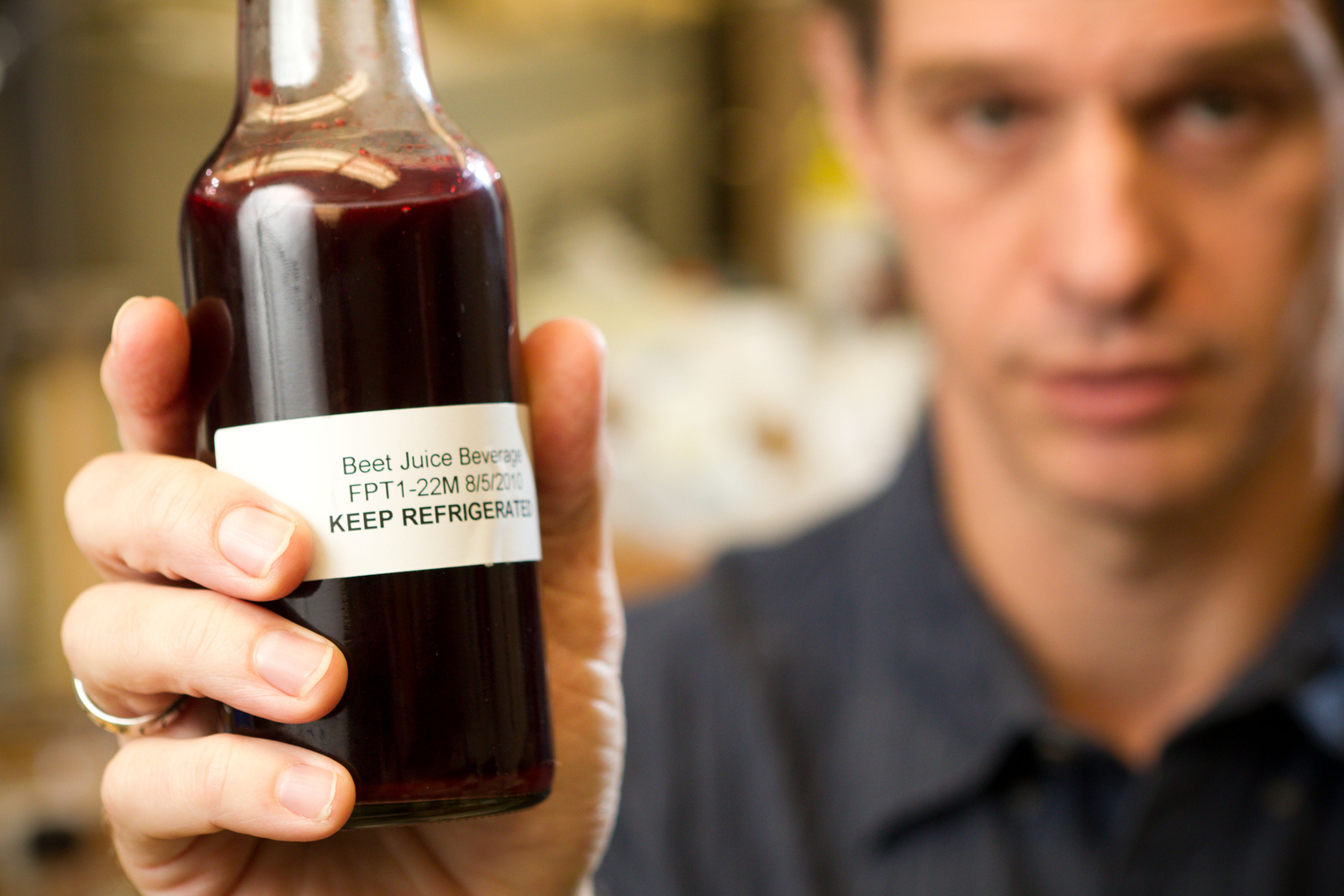 During the Olympics this summer, you might have read news stories about athletes drinking beet juice to increase their performance, and maybe even describing it as tasting like “sweet dirt.”

Well before the Olympics, Wake Forest University had commissioned the development of a good-tasting beet juice as part of its studies.   Daniel Kim-Shapiro, physicist and director of Wake Forest’s Translational Science Center, will offer beet juice samples for tasting after his talk at the 11th annual Technology Briefing in Winston-Salem on September 20.

Kim-Shapiro, will also share how Wake Forest researchers have shown for the first time that drinking beet juice can increase regional blood flow to the brain in older adults.  Such a finding could hold potential for combating the progress of dementia in patients. Plus he has other news about how the main ingredient in beet juice – nitrate – has other good benefits for humans.

“The goal of the Tech Briefing is to inform and excite our community about local companies and institutions that are creating innovative technologies, designs and products here in Winston-Salem,” said Bret Marchant of the Winston-Salem Chamber of Commerce.  “The presenters are the entrepreneurs, designers and researchers who are helping to transform our local economy.”

An estimated 300 to 400 people are expected to attend this year’s briefing organized by the Technology Council of the Winston-Salem Chamber of Commerce.  Held from 8 a.m. to 10 a.m. in the Benton Convention Center, it will open the Chamber’s day-long Business and Innovation Expo, the region’s largest business-to-business tradeshow.  The Tech Briefing is free and open to the public, but the Chamber encourages advance registration on its web site at winstonsalem.com.

Highly regarded for spotlighting new research and products, the briefing is praised by the Winston-Salem Journal for demonstrating that Winston-Salem lives up to the “innovation” part of its slogan—the City of Arts and Innovation.

Kim-Shapiro, Harbert Family Distinguished Chair for Excellence in Teaching and Scholarship, will be one of 10 presenters at the briefing and one of four presenters directly associated with or having ties to Wake Forest.

Other presenters with Wake Forest associations include:

“It is a fast-moving event designed to appeal to a broad audience, with each presenter speaking for just five minutes about their innovations,” explained Marchant, director of research and economic development at the Chamber.

Many Wake Forest researchers have presented throughout the history of the Tech Briefings, including last year when Associate Professor of Computer Science Paul Pauca spoke about VerbalVictor, an app to assist children with communication difficulties. Pauca has just been named one of the top 20 innovators by NBCLatino for his work with assisted communication.

Bruce King, associate provost for research at Wake Forest, has long observed Wake Forest’s consistent presence in the Tech Briefings and is especially pleased to see a growing representation of several academic areas in the events.   Represented directly or indirectly in 2012, King noted, are the undergraduate College, the School of Medicine, the Schools of Business and such centers as the Translational Science Center and the Center for Nanotechnology and Molecular Materials.

“We’ve had a good presence for years, but now I’m impressed by how broad our representation has become,” King said.  “A cross section of our research is evident this year.”