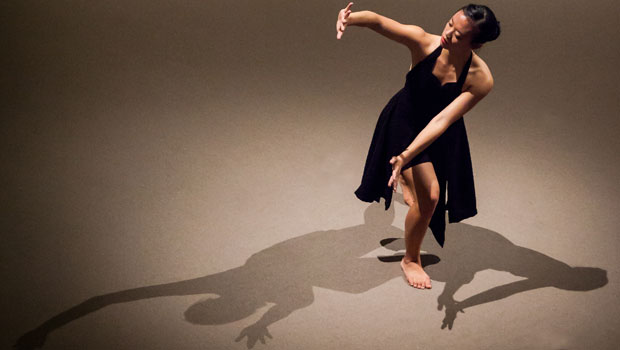 Cindy Gendrich, professor of theatre and director of the new Interdisciplinary Performance and the Liberal Arts Center, or IPLACe, says the Center was created “to inspire new ideas and new connections between the performing arts and other departments at the University through interdisciplinary collaborations.”

While other arts centers exist around the country, Gendrich says IPLACe is unusual in its focus on interdisciplinary performance work within a traditional, liberal arts context.

Collaboration between the arts and other disciplines on campus is nothing new at Wake Forest, says Gendrich. “What is new is that IPLACe brings all these activities together — building on the already high quality work going on in different areas. The Center will draw students, scholars, artists and audience members together and provide the time, the place and the reason for people to talk about the things we care about through the intensity of live performance.”

At the October 30 kickoff, Gendrich highlighted Wake Forest University’s “Cagefest” as an example of the kind of project IPLACe was created to fund. This university-wide seven-week celebration of 100 years of John Cage is a major fall event running from September 28 to November 13.

Cynthia Huang, a junior business and enterprise management major, performed the dance “For Cage” as part of Cagefest in the Hanes Art Gallery at the IPLACe opening celebration. Huang received funding through the Undergraduate Research and Creative Activities Center (URECA) to spend five weeks this past summer working one-on-one with dance professor Christina Soriano to research and choreograph a dance for the event.

The Z. Smith Reynolds library hosted what might have been the first John Cage inspired Musicircus held in a formal, academic setting. At the Musicircus artists perform their individual works simultaneously.

“With IPLACe funding, world-class artists, writers and critics were able to enrich a campus-wide discussion about a composer who is lesser known among the younger generation but who has had a huge impact on art in the 20th century,” says Gendrich. “This is exactly the kind of intellectual exploration IPLACe was created to support.”